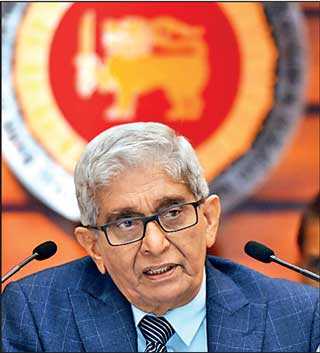 The Central Bank yesterday sought to brighten its COVID-19 track record, insisting it had done all it could within its mandate in reducing rates to historic lows to increase liquidity, and insisted that while the stimulus will help in the short term, complete economic recovery will take all stakeholders of the

economy and reforms.  Being the apex financial institution of the country, the Central Bank provided its full scope of essential services to the economy and the financial system during the lockdown, it said in an extensive statement released yesterday.

“Measures to reduce interest rates, enhance market liquidity, and finance the Government were aimed at supporting economic activity in the context of a low inflation environment. The Central Bank provided ample liquidity to the market at reduced and concessional interest rates. In addition to allowing increased currency flows in the economy, large liquidity injections to the banking system enabled banks to provide the support required by businesses and individuals to tide over the difficulties faced during the lockdown period in particular.”

Liquidity injections have been allowed to remain in the money market without being absorbed by the Central Bank in order to expedite credit flows. “Key monetary policy instruments such as policy interest rates and the Statutory Reserve Ratio have been reduced to the lowest levels in history. The Bank Rate has been reduced sharply. Lower interest rates reduced the burden on borrowers who were facing various difficulties, while announced debt moratoria and working capital loan schemes provide extraordinary concessions to businesses and individuals.”

The Central Bank also provided required financing to the Government to overcome fiscal stresses arising from the shortfall in Government revenue and increased expenditure. This funding enabled the Government to provide social security payments for a large share of the population and make payments in relation to essential health and other public services.

The Central Bank took several steps to maintain a stable exchange rate under extremely difficult conditions without a loss of international reserves to defend the exchange rate. Effects of COVID-19 resulted in large capital outflows, and limited export revenues, earnings from tourism, and workers’ remittances.

“The Central Bank’s timely intervention helped reverse the large depreciation observed until mid-April at the height of the lockdown. This enabled maintaining the domestic prices of essential imported goods at stable levels. As foreign exchange earnings declined, non-essential expenditure of foreign exchange was curtailed, and this created an environment for domestic producers to thrive particularly with the benefit of low interest rates.”

The Central Bank said it will continue to strive to carry out its responsibilities towards the nation while maintaining the essential balance between conflicting and competing objectives. However, Sri Lanka’s ability to overcome the unprecedented difficulties caused by the COVID-19 pandemic depends on collaborative efforts of all stakeholders of the economy including the Government, financial institutions, businesses and the general public.

“While the ongoing monetary stimulus will help the economy to tide over the stresses posed by the pandemic, Sri Lanka’s success over the medium term post-COVID will depend on the successful implementation of a reform agenda to address the numerous structural bottlenecks to growth as also highlighted in the Annual Report 2019.”