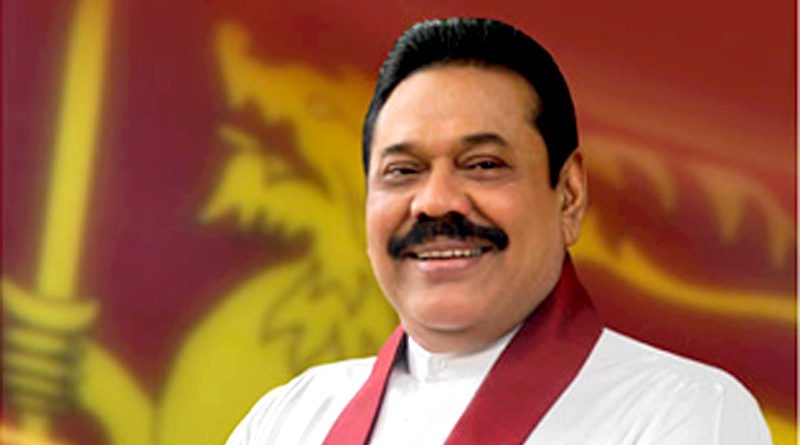 Demeaning comments against any religion or religious leaders marks the beginning of an individual’s own personal degeneration, Prime Minister Mahinda Rajapaksa said yesterday.

The Premier was expressing his views on the recent comments made by certain politicians against religious leaders.

“Today in the morning I heard a former parliamentarian making disparaging remarks about the Cardinal of the Catholic Church. He said his father was a Catholic and Mother was Buddhist. When a person later called me and sought my views in this regard I told him, irrespective of one’s religion, if a person demeans any religion or religious leader it shows that his own personal degeneration has begun” The Prime Minister was speaking at a SLPP political meeting at Wanduragala, Kurunegala yesterday.

The Prime Minister went on to say that not only the individual politician but the political party which gives representation to such people too will decline.

While noting that such comments also shows immaturity in politics, the Premier said this was highly evident within the ranks of the Premadasa team in the UNP.

The Prime Minister said the UNP today was fractured and the two sides keep hurling mud at each other without any intelligent political debate whilst showing their political and personal degeneration.

The Prime Minister said the former regime during their five years had destroyed the systematic development carried out previously under his leadership.

Prime Minister Rajapaksa further said that the present Government had once again embarked on a journey with clear policies and a strong vision to develop the country.

The Premier said he strongly believed if this journey was to be successful the country should have the President and Prime Minister from the same party.

The Premier said he had no doubt the people would take the correct decision at the upcoming polls to ensure such stability in the next government.