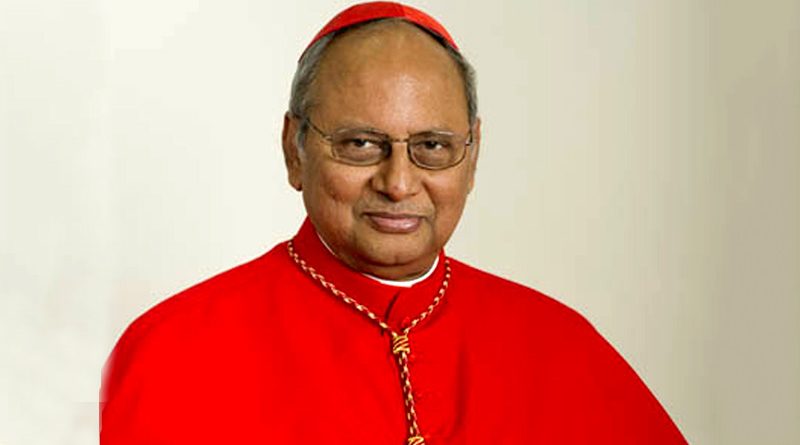 In a special statement the Catholic Church yesterday condemned the comments made by former Parliamentarian and member of the SJB Harin Fernando against His Eminence Malcolm Cardinal Ranjith, the Archbishop of Colombo.

The statement issued by Archdiocese of Colombo:

“We, the Auxiliary Bishops of Colombo together with the Catholic Clergy of the Archdiocese of Colombo view with grave concern the statement made by former MP Harin Fernando at a political rally in Medirigiriya. His derogatory comments against His Eminence Malcolm Cardinal Ranjith, the Archbishop of Colombo, were totally unfounded and uncalled for and have been made for cheap political gain. He has treated His Eminence with derision when he stated that because of His Eminence, UNP Candidate Sajith Premadasa had been deprived of the Catholic votes during the last Presidential Election, which is totally a fabrication of his own imagination.

We are shocked by this attack and expressly condemn such a misconstrued criticism of His Eminence, especially when Harin Fernando himself had openly confessed that his father had warned him of the impending disaster, prior to the incident and prevented him from going to Church.

Lest one forget, it was His Eminence who gave leadership to a country wrecked in political turmoil and it was solely due to his efforts that clashes between the different communities were prevented in the aftermath of the tragic Easter Sunday bomb blasts.

These comments have tarnished the good name of His Eminence, Malcolm Cardinal Ranjith, under whose shepherdly care were the most affected victims of the Easter Sunday attacks and who still boldly appears for the cause of the innocent victims of the tragic bomb blasts.

It is very appalling that Fernando, attacks the leadership of the Catholic Church in such a disparaging manner and we urge those concerned to take steps to correct this situation with immediate effect and restore the image of the esteemed high office of the Catholic hierarchy.

The Archdiocese of Colombo, as always will be impartial in our stance politically, as we are committed to all efforts of upholding the Law of the Country, unity amongst all religions and the freedom of every person in our nation”.