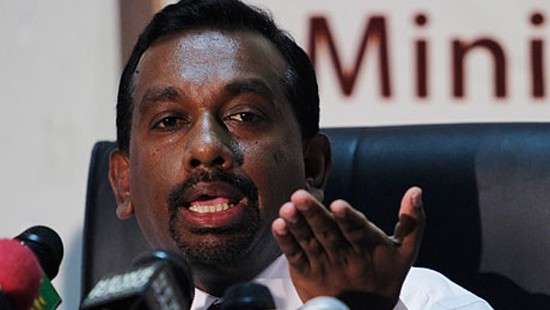 The Ministry of Sports has launched a ‘special investigation’ into the shocking allegations of match-fixing made by its former Minister Mahindananda Aluthgamage, revolving around Sri Lanka’s 2011 Cricket World Cup final defeat to India by six wickets.

The investigation will be carried out by the Sports Ministry’s special unit to investigate offenses related to sports that was established when the Prevention of Offences Relating to Sports Act was passed in parliament last year.

“As the Sports Ministry it’s our responsibility to look into matters of this magnitude very seriously and under the instructions of the Sports Minister a special investigation will be carried out on this statement,” Secretary of the Ministry of Sports and Youth Affairs K. D. Ruwanchandra told the Daily Mirror.

“There is a special unit in the Sports Ministry which consists of officers from Sri Lanka Police Department and they will carry out an independent investigation about this,” Ruwanchandra added.

Aluthgamage made the allegations to a private television channel on Thursday, though emphasizing that they were not directed at the team that played that final.

“The 2011 Cricket World Cup final was fixed. I stand by what I say. It took place when I was the Minister of Sports. However, I do not wish to expose details for the sake of the country. The game against India in 2011, the game we could have won, was fixed. I say this with responsibility and I can come forward for a debate. The people are concerned about it. I would not involve the cricketers in this,” Aluthgamage said.

The allegations, it would seem, are instead directed towards those involved in team selection, with the former Minister telling the Daily Mirror that the team that played in the final “was not the team we had selected, finalized and sent off” and “at the last moment, without the consultation of either me…or the officials of Sri Lanka Cricket (SLC), four new players had included in the team.” The former Minister, who is contesting for re-election to parliament with the Sri Lanka Podujana Peramuna, also said that he had written to the International Cricket Council (ICC) in 2012, regarding this and three other matters relating to SLC, but did not get a response.

Former captain Kumar Sangakkara and Mahela Jayawardene were quick to respond to the allegations through their respective Twitter accounts on Thursday.

“He needs to take his “evidence” to the ICC and the Anti corruption and Security Unit so the claims can be investigated thoroughly,” Sangakkara tweeted, while Jayawardene said, “Is the elections around the corner. Looks like the circus has started names and evidence?”

Meanwhile, Secretary of Sri Lanka Cricket (SLC) Mohan de Silva yesterday said that if the Minister had any concerns regarding the 2011 final he should have followed the correct protocol by reporting it to the ICC, also suggesting this could be mere election fodder.

“If the former Minister felt at the time that there was something suspicious, he should have initiated an inquiry. He could have taken this to the ICC Anti-Corruption Unit as well,” de Silva said.

“If the ICC had not taken his comments seriously at the time, then it probably means that there was no merit to those claims,” he added. “It’s interesting that whenever an election is around the corner politicians come out with comments like this. It was very unfortunate that a former Sports Minister said Sri Lanka was rated one of the most corrupt countries by the ICC, even though nothing was proven.”

Nishantha Ranatunga, who was SLC Secretary at the time of that World Cup defeat, said the former Minister had voiced his disappointment about the loss at various forums at the time, but never asked for an inquiry to be held.

He also refuted the Minister’s claim that the team selected for the final was done without approval from the Ministry or SLC, on the basis that there was no reason to do so.

“There is no reason to tell the minister or the SLC officials before finalizing the team. Usually the team is decided by the Captain, the Coach and the Chairman of Selectors and then conveyed to us,” Ranatunga said.

“If they are any doubts the ICC carry out their own investigations independently and autonomously, but he could have reported it to them if he has the evidence,” Ranatunga added.

The captain at the final had also not raised any issues with him regarding the final team selection.

“Sangakkara was disappointed with the result, but never raised concerns regarding the team selection with me.”

The ICC said it cannot comment on the issue when queried by Daily Mirror.