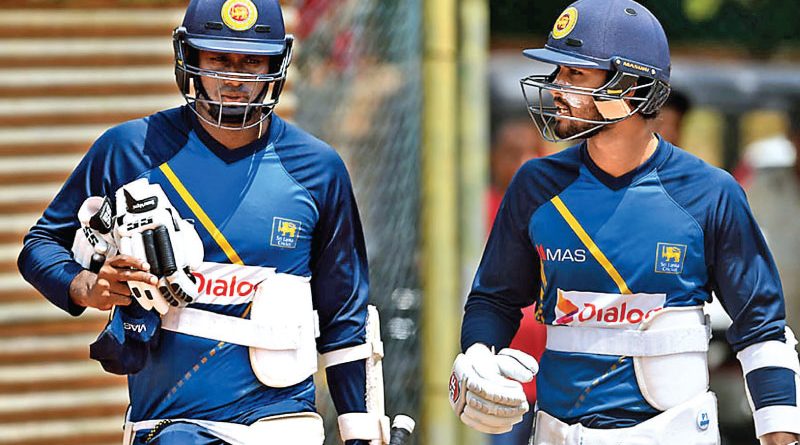 Two former captains, Angelo Mathews and Dinesh Chandimal are set to join the second-phase of the training programme organised by the Sri Lanka Cricket’s (SLC) for the national cricketers which would commence on June 22 at the Pallekele Stadium in Kandy.

Mathews and Chandimal were earlier named in Sri Lanka’s 16-player squad for the two-test home series against England which however was postponed halfway due to the Coronavirus pandemic in March.

In contrast, Chandimal is in the process of rebuilding his career in all formats after being removed from his captaincy in February of 2019.

The second-phase training session will be worked off until July 2 under the supervision of SLC Head Coach Mickey Arthur together with Grant Flower (Batting Coach), Dilshan Fonseka (Trainer), and Ajantha Wattegama (Physiotherapist).

‘We have retained all 13 players who participated in the first phase of the training programme which was conducted at the CCC Grounds in Colombo earlier this month’, a high ranking official of SLC told the Daily News Sports yesterday.

‘Therefore, we have now added 11 more players, with most of them purely batsmen, while increasing the overall tally to 24 players,’ the source added further.

The first phase of training revolved mainly around the fast bowlers and spinners where the players in the calibre of Suranga Lakmal, Kasun Rajitha, Lahiru Kumara, Vishwa Fernando, Isuru Udana, Lasith Embuldeniya, Lakshan Sandakan, Dasun Shanaka, Nuwan Pradeep and Wanindu Hasaranga had the opportunity of participating.

Meanwhile, SLC’s regular Fielding Coach Shane McDermott and Bowling Coach David Saker are set to join the training squad during the next couple of days.