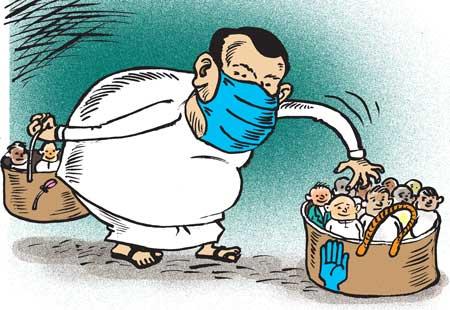 A certain politico from the Kalutara district who once got deeply involved in international affairs recently got the sack from the Blue party.

The party chief had taken action to remove him from the party on hearing about a double game that the latter had been playing.

While getting set to contest the upcoming polls from Pohottuwa, he had been going around saying he was the overall representative of the Blue party for the Kalutara district. In the meantime, inviting the Blue party local politicos to meetings being held at his residence, he had reportedly been telling them to cast their lot with the Pohottuwa. On hearing about this double game, the party chief had removed from the party membership.

Meanwhile, the Blue party high-ups are also said to be planning to do everything possible to sabotage the Kalutara politico’s political ambitions, they say.