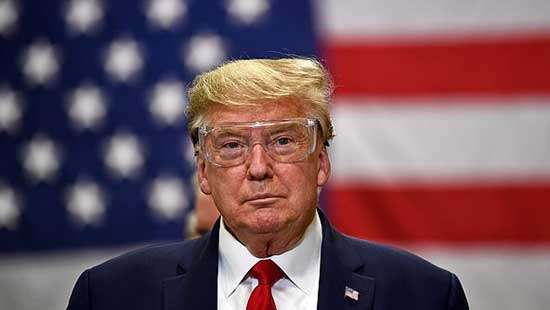 President Donald Trump said on Wednesday the White House’s Coronavirus Task Force will continue after concerns were raised following an announcement it would be disbanded.

Trump, in a long Twitter thread, praised the task force’s work and cited its successes in combating the coronavirus. He noted it would now ‘continue on indefinitely with its focus on SAFETY & OPENING UP OUR COUNTRY AGAIN.’

The task force is scheduled to meet at 4 p.m. on Wednesday, according to Vice President Mike Pence’s public schedule.

Questions were raised about why the White House was disbanding the group when infections in the United States are on the rise and more than 70,000 people have died.

Trump originally defended the decision but changed his mind Wednesday, announcing its continuation and new focus as he continues his push to get the country reopened. The president also warned some officials could be added or subtracted to the group and noted it would also focus on efforts to make a vaccine.

‘The White House Coronavirus Task Force, headed by Vice President Mike Pence, has done a fantastic job of bringing together vast highly complex resources that have set a high standard for others to follow in the future,’ Trump wrote on Twitter.

‘Ventilators, which were few & in bad shape, are now being produced in the thousands, and we have many to spare. We are helping other countries which are desperate for them. Likewise, after having been left little, we are now doing more testing than all other countries combined, and with superior tests. Face masks & shields gloves, gowns etc. are now plentiful,’ he added.

‘The last four Governors teleconference calls have been conclusively strong. Because of this success, the Task Force will continue on indefinitely with its focus on SAFETY & OPENING UP OUR COUNTRY AGAIN. We may add or subtract people to it, as appropriate. The Task Force will also be very focused on Vaccines & Therapeutics. Thank you!,’ he concluded.

His announcement comes amid a report that officials warned the number of deaths ‘will be high’ as the country reopens.