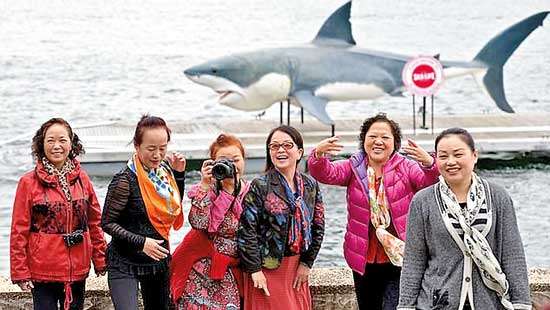 Australia, (Daily Mail), 28 April 2020 –   Australia has asked the Chinese ambassador to explain his ‘economic coercion’ threat made in response to Canberra’s push for an inquiry into the source of the coronavirus.

Ambassador Cheng Jingye said on Monday Australia’s push for an inquiry into the origins of the virus could result in China rejecting Australian products.

‘Maybe also the ordinary people will say, ‘’why should we drink Australian wine or to eat Australian beef?’’,’ he told the Australian Financial Review.

Australia responded quickly, informing the ambassador that his comments were out of line.   ‘The government has made our displeasure with those remarks known,’ Trade Minister Simon Birmingham told reporters in Adelaide on Tuesday.

China accounts for 26 per cent of Australia’s total trade, worth around $235 billion in 2018/19, and is the biggest single market for Australian exports such as coal, iron ore, wine, beef, tourism and tertiary education.

But the Morrison government stood firm in its decision to back the calls for a global inquiry into how the virus was able to spread from its epicentre in Wuhan, China, and cause a global pandemic.

‘The least the world can expect is a transparent inquiry into the causes of COVID-19.’