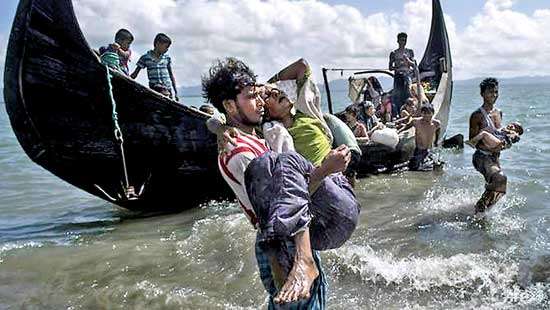 DHAKA AFP April27, 2020 – A top UN official has urged Bangladesh to let two stranded boatloads of starving Rohingya Muslims land amid mounting fears Monday over the fate of the refugees.

UN High Commissioner for Human Rights Michelle Bachelet warned of a “human tragedy of terrible proportions” unless action is taken to help the Rohingya.

The appeal was made to the Bangladesh government after Foreign Minister A.K. Abdul Momen said the South Asian country would not accept the boats.

His declaration last week set alarm bells ringing as it came only days after dozens of Rohingya died on a boat that waited at sea for two months before it could land.

The one million Rohingya in camps in Bangladesh, where they fled a military crackdown in their native Myanmar, favour going to Malaysia as it is Muslim majority country with more work opportunities.   “In a spirit of solidarity and at the beginning of the Holy Month of Ramadan, I appeal to you in the strongest terms to open your ports and allow the boats to land,” Bachelet said in the letter, a copy of which was obtained copy by AFP.