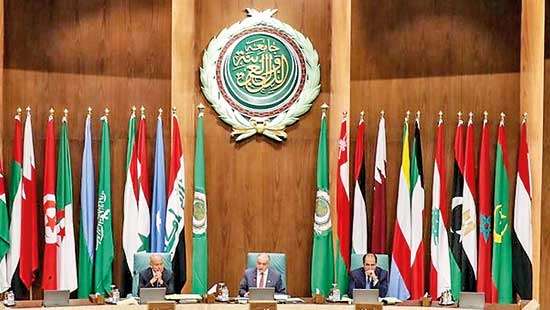 CAIRO AFP April27, 2020 –
The Arab League said Monday it will convene an urgent virtual meeting this week to discuss how to galvanise opposition to Israeli plans to annex parts of the occupied West Bank.

The extraordinary meeting — scheduled for Thursday at the request of the Palestinian leadership — will bring together Arab foreign ministers via video conference, rather than a face-to-face meeting, due to the global coronavirus pandemic.

The Arab League’s deputy secretary Hossam Zaki said the ministers will “discuss in their virtual meeting providing political, legal and financial support to the Palestinian leadership to confront the Israeli plans”.

It comes after Israeli Prime Minister Benjamin Netanyahu and his political rival Benny Gantz signed a deal for a unity government that could accelerate the premier’s plans to annex parts of the West Bank in the coming months.
The Israeli plans have drawn wide criticism including from the United Nations and the European Union.