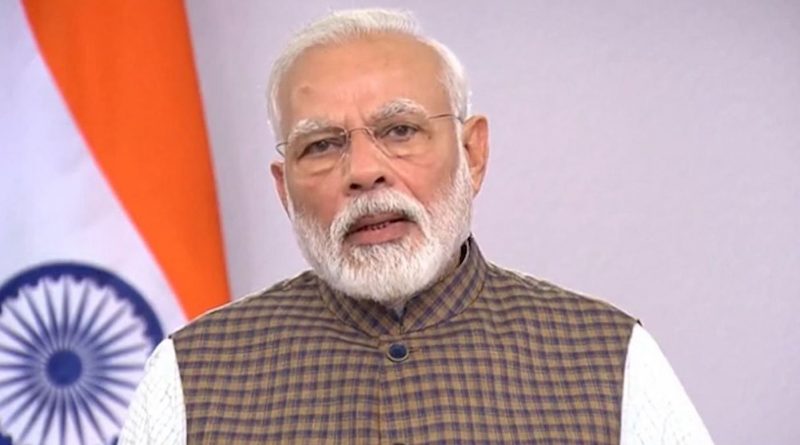 India’s 1.3 billion people will go under “total lockdown” for 21 days to combat the spread of the coronavirus pandemic, Prime Minister Narendra Modi said, warning that anyone going outside risked inviting the virus inside their homes, and pledging $2bn to bolster the country’s beleaguered healthcare system, Aljazeera reported.

“From 12 midnight today [1830 GMT Tuesday], the entire country will be in lockdown, total lockdown,” Modi said on Tuesday in a televised address, his second in a week.
“To save India, to save its every citizen, you, your family… every street, every neighbourhood is being put under lockdown,” he said, putting nearly one-fifth of the world’s population under lockdown.

India has lagged behind other nations in the number of COVID-19 cases, but there has been a sharp increase in recent days to 519 infections, including 10 deaths, according to the government.

Earlier on Tuesday, police enforced lockdowns across large parts of India put under curfew, as health officials warned that the coronavirus was spreading out of big cities, where it first appeared, into smaller towns.

India has already severed international flight links and will stop domestic air services at midnight in a bid to halt the spread.
There are fears in India about the virus spreading into impoverished communities and the ability of resource-starved public health sectors to cope.

A health official in the western state of Maharashtra said new cases were starting to appear in small towns after a first wave emerged in big cities like Mumbai.

“This trend is worrying as rural areas have limited infrastructure to deal with the outbreak,” said the state health official who declined to be identified, saying he was not authorised to speak to journalists.

States have been imposing their own lockdowns and have been suspending train and bus services and ordering traffic off the roads.

A new concern in the northern Indian state of Punjab was the risk of infection from an estimated 90,000 overseas Indians who had travelled back to their ancestral homeland, the state government’s top health official, Balbir Singh Sidhu.

Many people from Punjab live in Britain, the United States and Canada and travel back in the cool winter to visit.

A team of scientists based mainly in the US said this week that India’s tally of infections could jump to 1.3 million by mid-May if the virus maintains its rate of spread.

“Even with the best-case scenarios, probably, you are in a very painful crisis,” said Bhramar Mukherjee, a professor of biostatistics and epidemiology at the University of Michigan who was involved in the study.

More than 377,300 people have been infected by the coronavirus globally, and 16,520 have died, according to a Reuters tally.