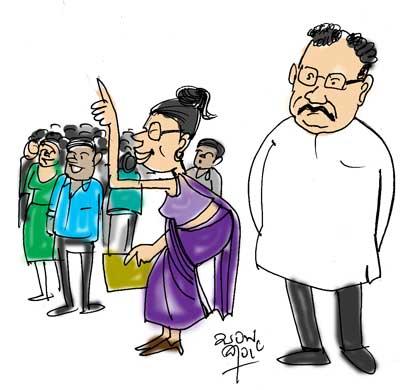 The talking point among people in a certain district these days is said to be about a daughter of a former purohita who had amassed wealth exploiting the political clout and powers of her father, while she could.

During the yahapalanya days, the daughter of the former purohita had been getting kickbacks for matters like providing employment, awarding contracts etc.which had come within the ambit of her father’s authority.

The daughter is said to be holding meetings and conferences these days on behalf of the father who has now switched his party allegiance for better prospects.“Father is making way for the daughter to start making quick money again,” say the people in the area.