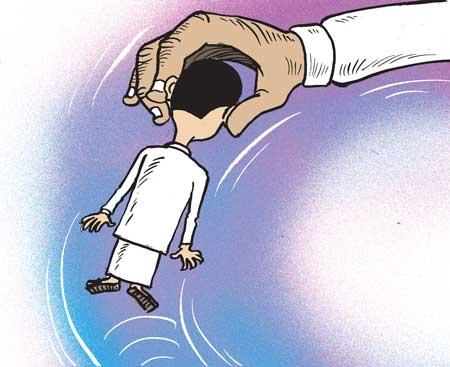 A rumour that went viral recently said that a young offspring of a top political family currently attached to a security service is planning to enter the fray from Uva.

Thereafter, certain interested parties who made inquiries had found that the young man had acquiesced to a popular request to make it to Diyawanna following in the footsteps of his family elders and in fact, this request had come first from Kolonne, a remote area in the Ratnapura District.

Later, reports reaching Colombo had said that the rumour had highly ruffled the Pohottuwa stalwarts in Uva and they had raised a big about it and the family elders, who had discussed the matter, had decided not to give the nomination to the young man as there was no need for another family member to enter politics. This important decision is yet to be officially announced.