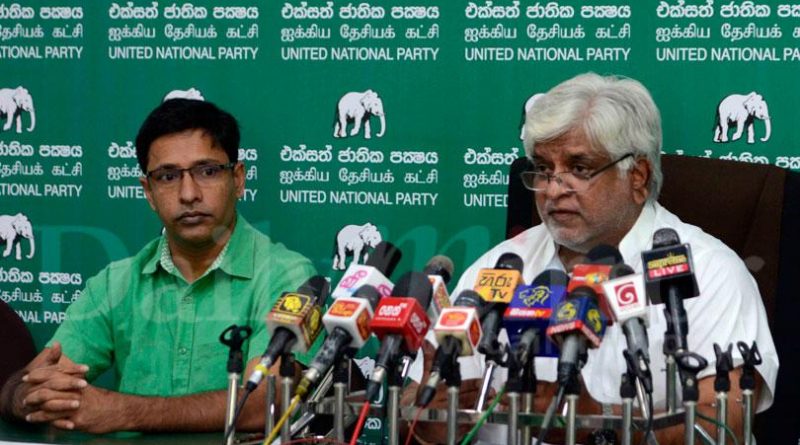 Former MP Arujna Ranatunga yesterday said he will refrain from contesting the general election because of the crisis brought on by CORVID-19.

Mr. Ranatunga speaking at a press conference said that he will make the final decision on refraining from contesting the election as resolving the crisis is more important that holding an election.

“ I will sign the nomination paper but would withdraw as and when I make the final decision. Also I hope that the UNP Leader will also take appropriate steps as I believe that he is also a person who thinks of the people,” Mr. Ranatunga said.

“ Those who are in the government and in the opposition who wants the election to be held on schedule have to be responsible if the situation escalates into more dangerous proportions,” he added.

“Some in the opposition also wanted the election held but now some of them seem to be changing their stance,” he also said.

Mr. Ranatunga said people did not expect the President to play the role of trade minister but expected to hear about what steps the government would be taking

to combat the spread of CORVID-19.

The President, Prime Minister and the Minister of Education should have made the decision to postpone the Royal Thomian big match. “ Why should one hold the post of President if he could not stop the match? “ Even the Ananda– Nalanda limited over match was stopped by the old boys and the organizers,” he said.