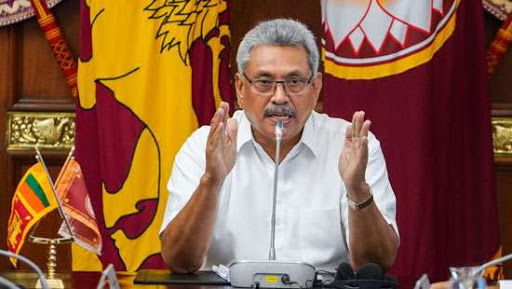 As a country which did not go through a lock-down even during the 30-year war, there is no need to go for a lock-down in the face of the COVID-19 pandemic, President Gotabaya Rajapaksa said yesterday adding that the country needs to function.

He said while the other countries had recorded a large number of deaths in the wake of the COVID-19 infection, Sri Lanka had managed to mitigate such a situation.

Referring to the war, the President said he was able to bring the war to an end without shutting down any area when he was the Defence Secretary under President Mahinda Rajapaksa.

“Even during the 30-year war, during the tenure of the Rajapaksa government, we did not take any decision to loc-down cities or the country. We managed to defeat LTTE terrorism unlike other countries in the world. Other countries may have the best medical facilities but we managed to cure infected people with our efforts,” he said.

The President said doctors should look into this prevailing situation in a thoughtful manner and should take the most appropriate decisions to control the situation.

“The doctors are the cream of our society and in this critical situation they should take the best decision, he said. The COVID-19 pandemic is not a challenge to us,” he said.

“When comparing with other countries we maintain good standards. As leaders, we should be trustworthy to people in the country. I’m the one who runs this country. Those holding responsible posts should do as I say,” he said.

With regard to the general election, the President said he could not take a decision on postponing the election but the Election Commission has the authority to do so if necessary. “There is no need to reconvene parliament,” he said adding that the situation should not be used to gain political advantage.

The President said declaring public holidays was easy but doing so would have a negative impact on the day to day lives of the citizens and the functioning of the country.

The President also requested the public not to organise and participate in large gatherings such as wedding ceremonies, election campaigns and religious observances including Dhamma sermons at religious places of worship.

Meanwhile, at a discussion with Cardinal Malcolm Ranjith, the Cardinal had agreed to stop all religious observances.