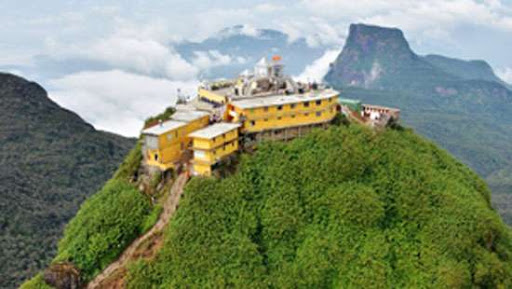 The Chief incumbent of Sri Padasthanaya Ven. Bengamuwe Dammadinna Thera said on Monday that the pilgrimage would continue until the Vesak full Moon Day in May despite Nuwara Eliya District Secretary’s request to suspend the Sri Pada season due to the prevailing situation in the country.

The prelate who is also the chief incumbent of the Pelmadulla Raja Maha Viharaya and the Chancellor of the Uva-Wellassa University said that Buddhists had visited the sacred mountain in the past with great sacrifices and even risking their life, without fearing natural disasters, threats from the wild animals and diseases. “In fact many of them died of wild animal attacks and various diseases then” the Thera said.

Speaking to the media he recalled that people in the past had visited the sacred mount, after handing over all their assets to their relatives, as they did not expect their return home.

He observed that people made these sacrifices in order to invoke the blessings of the Buddha and the God Saman and asserted that had they feared diseases or viruses such as the current coronavirus, people wouldn’t have been climbing the sacred mountain for so long.

He described Sri Pada on the peak of which Buddhist believe Buddha had left his footprint, as a place where Buddha’s supernatural power prevails.

However, he said that it was up to the Budda Sasana Ministry to decide whether to suspend the pilgrimage or not.