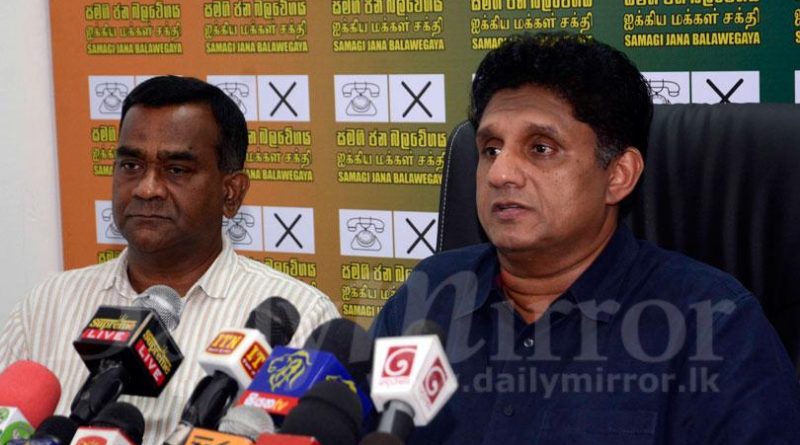 The government should not act like Nero, who played the fiddle when Rome was burning or beat about the bush but should announce a complete lock-down to prevent the spread of COVID-19, Samagi Jana Balawegaya (SJB) Leader Sajith Premadasa told a news conference today.

“Many countries have cancelled all events and gone into nationwide lock-downs. France has cancelled the second round of its local elections, Britain has postponed its local elections while the US is currently carrying out discussions on postponing its presidential election even though it is only due in November. However, the Sri Lankan government is having election mania hell-bent on obtaining a two-thirds majority in Parliament,” he said.

Mr. Premadasa said the number one priority is to protect the people and prevent COVID-19 from spreading.”

He said his earlier requests to call for a national-level discussion and the postponement of the general election has been unfortunately turned down by the government.