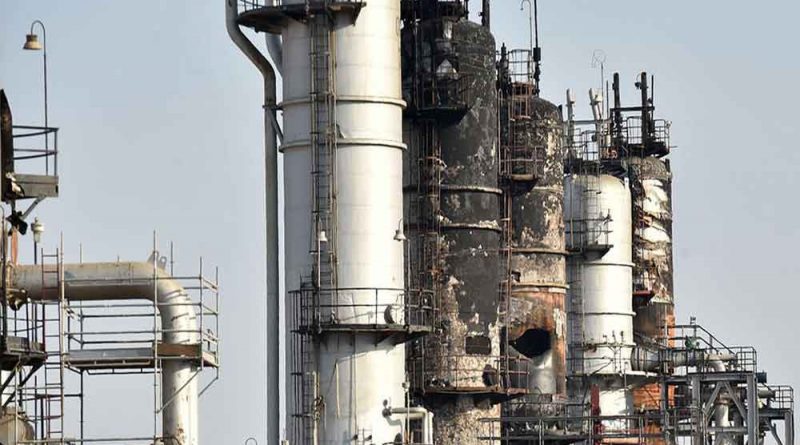 (London) AFP: Oil prices tumbled yesterday after Saudi Arabia and Gulf partner UAE stepped up the price war with plans to flood the global markets while a rally in equities evaporated as investors nervously await a US coronavirus relief plan.

Crude futures dived yesterday after the UAE, the fourth OPEC producer, joined Saudi Arabia with plans to hike supplies and raise their oil production capacities by millions of barrels.
A day after the kingdom said it will boost supplies by at least 2.5 million barrels per day to 12.3 million bpd in April, Riyadh said it will further boost capacity to
13 million bpd.

The UAE national oil company ADNOC said yesterday it was ready to raise supplies by one million bpd to 4.0 million bpd and increase capacity to 5.0 million bpd.

Markets had been showing signs of much-needed stability in early trade following two days of wild gyrations, thanks to a pledge by US President Donald Trump to unveil measures to counter the effects of the disease on the world’s biggest economy. Crude had provided support, rising for a second day after Monday’s meltdown that marked the commodity’s worst selloff since the 1991 Gulf War.But jittery investors slowly sold out of the oil market as yesterday wore on and then slumped deep into the red.

“Saudi Aramco announces that it received a directive from the ministry of energy to increase its maximum sustainable capacity from 12 million bpd to 13 bpd,” the company said in a statement to the Saudi Stock Exchange.

The hike marks the next volley in a production standoff with Russia sparked by Riyadh at the weekend, when it cut prices and raised production, sparking fears of a war for market share. Both main crude contracts fell more than three percent, having been up as much as five percent earlier in the day. The move also came after Russian Energy Minister Alexander Novak told state-run TV channel Rossiya 24 that Moscow was open to cooperation with the Saudis and OPEC to address the price crisis, saying: “I want to say the doors aren’t closed.”

The U-turn on oil markets reflected a similar move in Asian equities, which had been well in positive territory in morning trading. Having opened more than two percent higher, London’s stock market was up only 0.2 percent nearing midday. The Bank of England slashed its interest rate to a record low 0.25 percent as part of coordinated emergency action with the UK government yesterday to combat the economic fallout from the coronavirus outbreak.

The announcement came as Britain was due to present its first post-Brexit budget statement to parliament from 1230 GMT. On currency markets the safe-haven yen edged back up against the dollar, having gone into retreat Tuesday, while the pound was flat against the greenback.