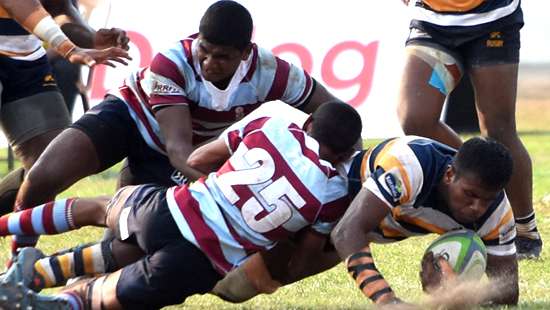 St. Peter’s ran in eight tries in total, of which five were converted, while Dharmaraja’s 14 points were made up of two converted tries.

Fernando having touched down once in the first half added two more in the second half to complete the first hat-trick of his career against a Dharmaraja College which struggled for the entire 70 minutes amid some clear individual brilliance on show.

Number 8 Banula Vithanage and scrum-half Tharanga Dileepa scored the only two tries for the Rajans, but they never really looked threatening once the Peterites had taken an early lead of 19-00 inside first 20 minutes through tries from Senura Perera and Fernando, with fly-half Thenuka Nanayakkara having a fabulous day with the boot.