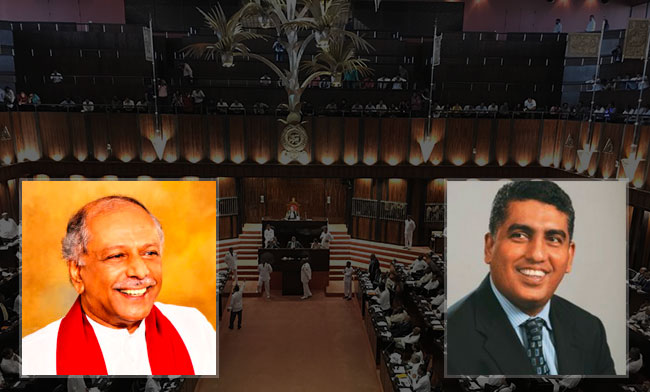 Meanwhile the Parliamentary Group of the ruling party has also reportedly nominated Minister Johnston Fernando as the Chief Government Whip.

The Ceremonial Opening of the Fourth Session of the Eighth Parliament by the President Gotabaya Rajapaksa will be held at 10.00 a.m. tomorrow (Jan. 03).

Speaker Karu Jayasuriya and the Secretary General of Parliament Mr. Dhammika Dasanayaka will be welcoming the President at the main steps of the Parliament building followed by hoisting of the National flag by the President.

The President will preside over the Ceremonial Sitting of Parliament and will address Parliament where he makes the Statement of the new Government Policy in Parliament as provided by Article 33 (2) of the Constitution.

After his Address, the President will suspend the Parliament until 1.00 p.m. on this day.

As stated by the Serjeant-at-Arms Mr. Narendra Fernando, over 600 invitees including foreign diplomats, former presidents, prime ministers, chief justice, supreme court judges and the Attorney General will be present at the Ceremonial Opening of the Fourth Session of the Eighth Parliament.