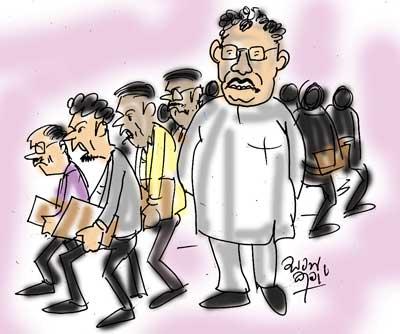 This gabby politico vowed that once their party came to power, they would mete out proper punishment to all those khaki high-ups held accountable for the security lapse that led to the Easter Sunday carnage. Much water has flowed under the bridge since then and now he is a purohita!

Hardly one week had passed after his assuming duties as a purohita when the man had used his influence to get a certain khaki high-up involved in the major security lapse appointed with a promotion to a very high post in his area, they say.

The khaki high-up who got this high post upon a quick promotion is said to be a close relative of the politico’s wife.