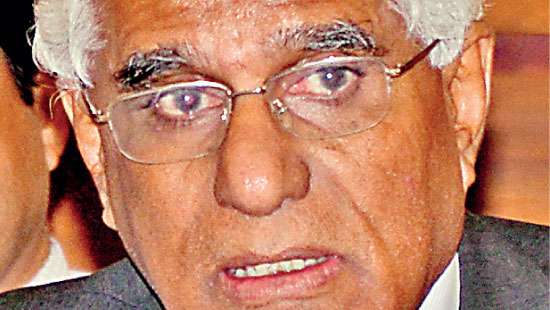 The Monetary Board of the Central Bank (CB) yesterday decided to maintain policy interest rates at their current levels, awaiting for materialisation of various measures aimed at accelerating subpar economic growth in the country, while being cautious on the implications of the public sector salary hike scheduled for next year.
“Considering the current and expected conditions in the economy and the financial market, the Monetary Board at its meeting held on October 10, was of the view that, at present, the measures that have been put in place during the past twelve months are sufficient to achieve the desired outcomes, given adequate time for their transmission through the financial sector,” the CB stated.

Accordingly, the Monetary Board decided to maintain the Standing Deposit Facility Rate (SDFR) and the Standing Lending Facility Rate (SLFR) of the Central Bank at their current levels of 7.00 percent and 8.00
percent respectively.
The CB already cut the Statutory Reserve Ratio (SRR) by 2.5 percentage points on two occasions injecting Rs. 150 billion of liquidity while reducing policy rates by 100 basis points.
In addition, the CB also imposed lending caps on banks to bring down lending rates by minimum of
two percent.
“These regulatory measures, which are to be reviewed by March 2020, together with reduced policy interest rates and the Statutory Reserve Ratio (SRR), are expected to result in a sizable and speedy reduction in lending rates, which will enhance the demand for credit, going forward,” the
CB noted.
According to provisional estimates published by the Department of Census and Statistics, the economy grew by 1.6 percent year-on-year (YoY), in real terms, during the second quarter of 2019, following the growth of 3.7 percent YoY recorded in the first quarter of 2019. A notable slowdown was observed in the performance of services related activities, which were impacted severely by the Easter Sunday attacks.
As per estimates by various international agencies, the economic growth is expected to slowdown in the range 2.5-3 percent this year.
Headline inflation, as measured by the year-on-year change in the Colombo Consumer Price Index (CCPI) accelerated to 5 percent in September driven by increased prices of domestic food supplies. Headline inflation based on the National Consumer Price Index (NCPI), which attributes a larger weight to food items, is also likely to accelerate in September.
“It will stabilise in the medium term in the middle of our inflation target rate. In the short run, it’s expected to upper bound of the target rate,” CB Govenor Dr. Indrajit Coomaraswamy said.
However, he was cautious of the impact of upcoming public sector salary hike on inflation.

“There are a number of pressures being brought forward in terms of wage increases. We need to wait and see,” he noted.
The treasury announced that State officials including the minor staff will receive salary increments from Rs.3, 000 to Rs.20, 000 according to the recommendations made by the Salaries Commission to remove salary anomalies in public sector. Therefore, the State salary bill is expected to exceed Rs.1 trillion next year.
“If salaries are increased, then in order to remain within fiscal consolidation framework, one would need to reduce other expenditure or increase revenue,”
Dr. Coomaraswamy stressed.
Although, the rupee depreciated against the US dollar in September, partly driven by adverse speculation, this trend reversed in October with continued inflows to the foreign exchange market.
The Sri Lankan rupee remains appreciated against the US dollar by 1.3 percent thus far during the year, while gross official reserves are estimated at US$ 7.6 billion by end September 2019, providing an import cover of 4.5 months.