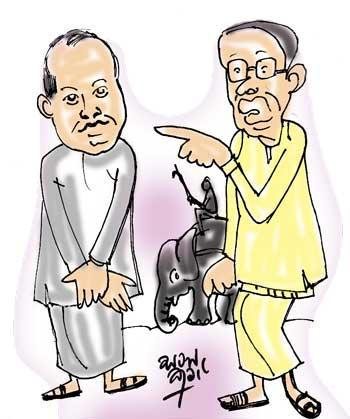 A well-known turncoat-politico from Wayamba is said to be poised for yet another somersault.
The politico who closely moves with a power centre is planning to turn Green, they say.
“I can no longer be a fellow- traveller with a coterie that turned their guns on me from the very stages constructed at my expense,” he had told his political boss.
“Don’t go! You will get a seat from the National List,” the political boss had assured the politico, they say.