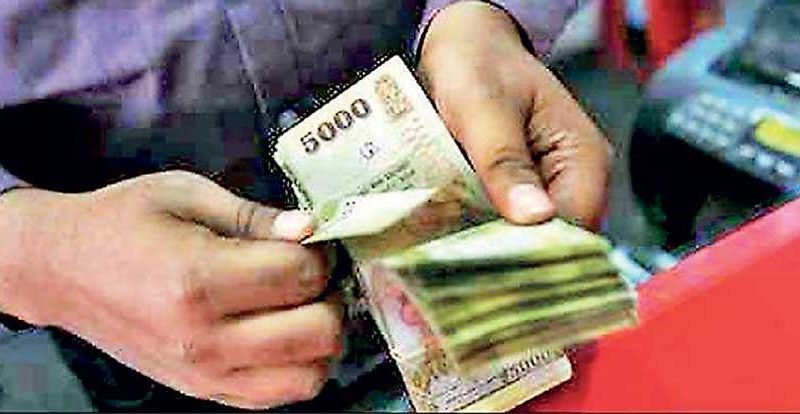 Sri Lanka’s rupee closed at its lowest level in over seven months as foreign fund outflows from government securities rose, while stocks extended losses for the third straight session.
The rupee ended weaker at 180.80/181.00 per dollar, its lowest since Jan. 28. It closed at 180.75/90 on Thursday. However, the currency is up 1 percent this year.
Foreign investors sold government securities worth Rs.25.2 billion in the two weeks ended on Aug. 28, data showed, extending the net foreign outflow to Rs.53.2 billion through Aug. 28, Central Bank data showed.
However, a senior Central Bank official said on Thursday that outflows from the government securities have been settling following the Central Bank’s rate cut last month.
The Central Bank lowered rates for the second time in four months on Aug. 23 to boost sluggish growth after tourism and investments plummeted following deadly Easter Day bomb attacks by Islamist militants.
Central Bank Governor Indrajit Coomaraswamy after the policy said the bank was ready to cope with the outflow of total US$700 million foreign funds invested in Sri Lankan government securities. Exit of some funds had resulted in some pressure on the local currency.  Meanwhile, the benchmark stock index fell 0.88 percent to 5,798.57, its lowest close since July 25. For the week, it fell 1.6 percent.
Investors have been in a wait-and-watch mode since the main opposition party named a hardline former defence chief as its presidential candidate. So far this year, the stock index has dropped about 4.2 percent.
Equity market turnover was Rs.631 million (US$3.49 million) yesterday, a little less than this year’s daily average of about Rs.650.8 million so far. Last year’s daily average was
Rs.834 million.
Foreign investors sold a net Rs.80.3 million worth of shares yesterday, extending the year-to-date net foreign outflow to Rs.1.73 billion worth of equities, according to index data.