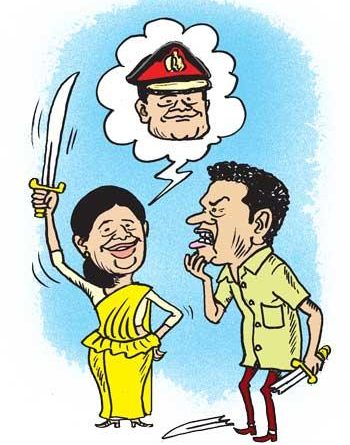 There was intense jockeying in the recent past by interested parties to have their favourite appointed to a very high post in a security service. In fact, the appointment made later created a stir in certain diplomatic circles.
By the way, a battle over the choice between two names had raged within the four walls of a room in a palace. It was a battle between the elder sister and the younger brother of a top political family in the country, say the knowledgeable sources.
Malli had waged a pitched battle to get a service extension granted to the outgoing incumbent while Akka was strongly championing the case of a new aspirant and finally Akka won the battle. This battle had raised the temperature at the top palace for some time, they say..