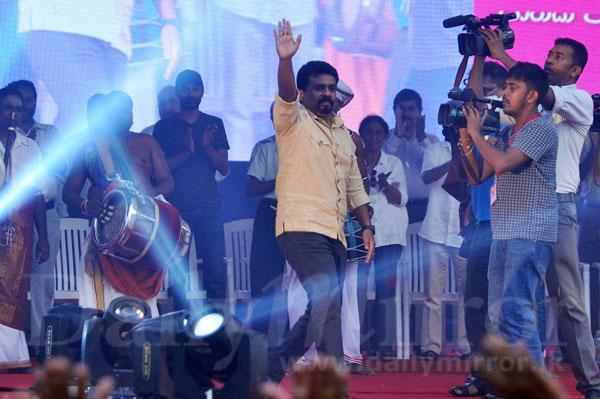 JVP leader Anura Kumara Dissanayake was today announced as the presidential candidate of the National Peoples Power headed by the Janatha Vimukthi Peramuna.

His name was announced at a rally held at the Galle Face grounds this evening.

The rally was organised by the Peoples Power which consists of 28 political parties, civil society groups and intellectuals.