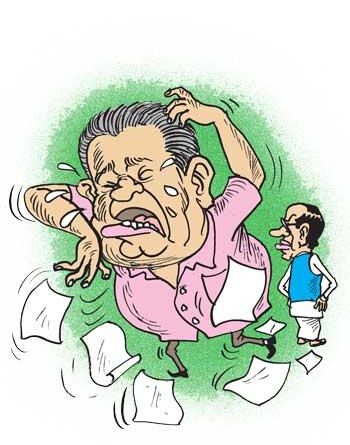 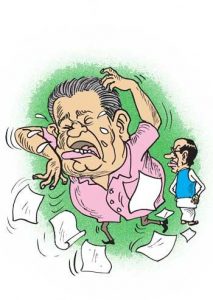 A well-heeled sibling of a top political figure in our country looked some time ago, set to stage a major political stunt.
He had suddenly begun speaking to media on the urgent need to combat the drug abuse and also empower the poor in the country. He had also addressed a few public meetings here and there mainly on these two subjects.
In fact, the man was grooming himself to play the role of a politico expecting his family member placed in a high position would give him nomination to contest the upcoming general poll.
After playing the role of a do-gooder politico for a few months and drawn some measure of public attention to his activity, the businessman-sibling called on his family member to seek his blessings.
However, it was an unexpected angry reaction the ambitious sibling had received from the family member when he had confided his agenda in the latter.
“Look here,” the big man had addressed his sibling. “Stop doing politics on the strength of slogans borrowed from me. You are not going to get nomination from me either. If you are keen on doing politics, found your own political party and choose your own slogans for your campaign!”
Shocked and dismayed by the harsh response received from the family member, the businessman-sibling had left the palace blaming himself for misjudging his ‘own flesh and blood.’
The man who has since then disappeared from the public eye is said to be often lamenting the fact that he lost the goodwill of the former strongman who had been a pillar of strength to him because of his family member. He would also tell his close friends: “I have lost all hopes I have cherished because of him!”