Local activists of a main political party had met at a place associated with the Captain Dawson Tower to elect a Bala Mandalaya for the area. However, some sections that went unruly turned the event into bedlam, they say. 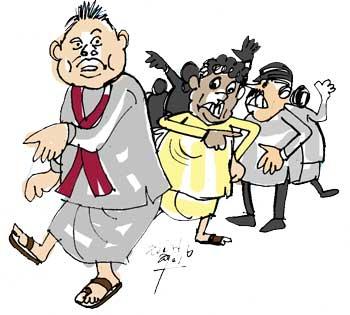 Unruly scenes had followed when several factions made a scramble to have their nominee elected as the Chairman of the Bala Mandalaya.
The meeting had begun with the party’s ‘Dream Prince’ in the chair and the latter had walked out when the hubbub and confusion continued unabated.
A politico, known to be an academic, who appeared highly shaken up appealed to the scribes present not to give publicity to the ruckus that marred
the event.