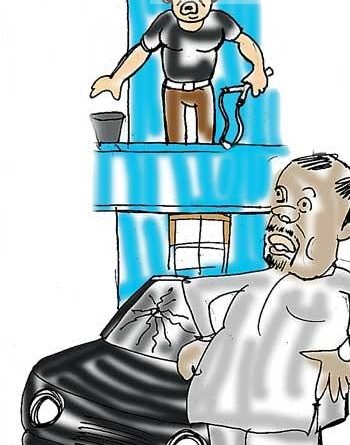 There is a Diyawanna politico residing in the hostel outside the city who is using a catapult to shoot stones as a hobby.
A stone shot with his catapult had recently shattered the front screen of a senior purohita’s limousine.
He had been shooting stones collected in a basket at various targets from the balcony when one of the stones shot by him had accidentally hit the front screen of the car.
The senior purohita had made a complaint to the khaki authorities but the latter had failed to take any action against the Diyawanna politico saying that they could not question him in the absence of the evidence of a witness.