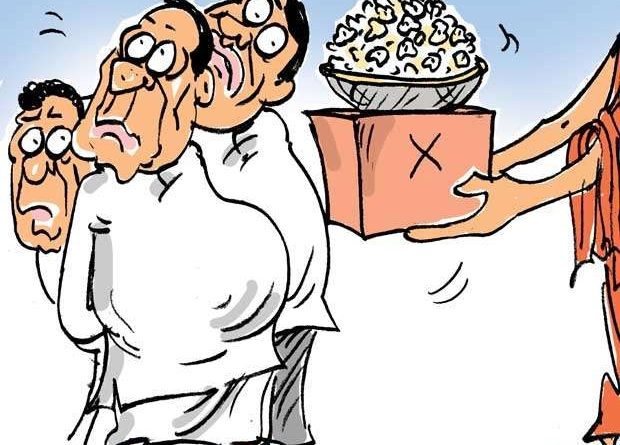 A well- known Buddhist monk is said to be busy these days canvassing support for political party leaders to embark on a Constitutional process leading to the dissolution of Diyawanna council.

Some political party leaders have reportedly expressed their willingness to support the move, but the second-line leaders of these parties suspect the real motive of this monk.
The Green party bigwigs suspect that the monk is looking forward to an early dissolution with the idea of introducing a common candidate at the upcoming big poll as well.
Some political party high-ups who are openly averse to the idea of a common candidate have begun giving him a wide berth, they say.