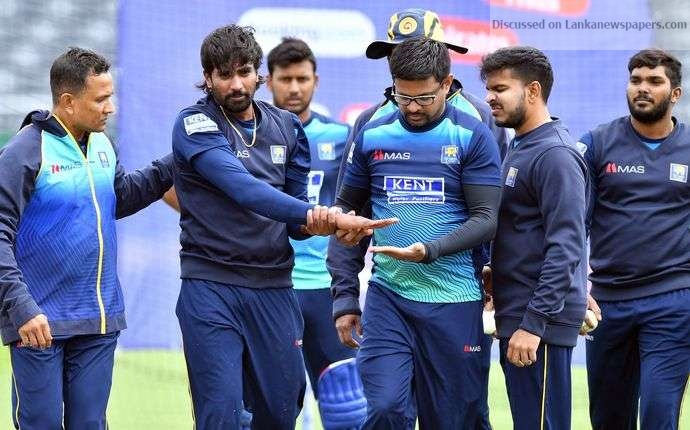 Nuwan Pradeep, the Sri Lanka fast bowler, has suffered a dislocation and a cut on his right finger, and will require a week to recover.
Pradeep, who was named the Player of the Match in Sri Lanka’s encounter against Afghanistan last week for his match-winning spell of 4/31, injured the little finger of his bowling arm on Sunday, 9 June, during the nets session ahead of his side’s game against Bangladesh on Tuesday.
Sri Lanka team manager Asantha De Mel confirmed that he will not take part in that match.
“Nuwan was given treatment at the hospital, while the doctors reset his dislocated finger and the cut on his finger was closed with stitches. He was also administered with antibiotics,” de Mel said. “Pradeep will not take part in Sri Lanka’s game against Bangladesh on Tuesday, as he will need a week’s time to recover from the injury.”
There was also some concern about Lahiru Thirimanne, who appeared in some discomfort with his knee at training, but there was no statement from the board about his availability.
Sri Lanka’s last match against Pakistan was abandoned owing to rain and they will face Mashrafe Mortaza’s men on 11 June in Bristol.