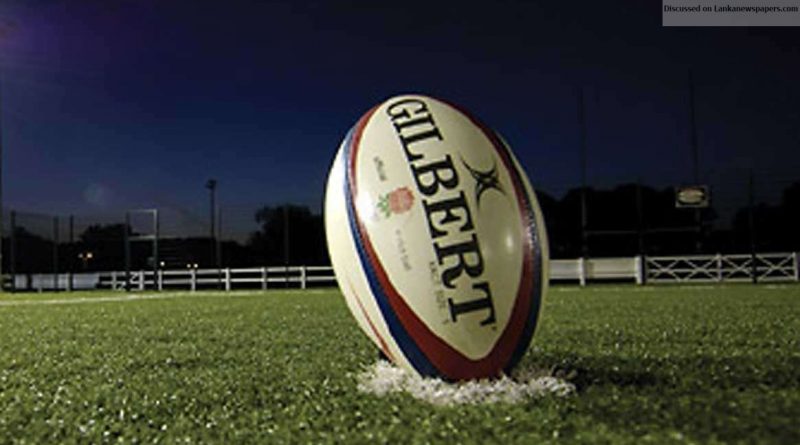 Sri Lanka centre Theekshana Dassanayake has been sent home after he was allegedly caughtpocketing a watch belong to a female room cleaner of the hotel the National Rugby Team stays during the ongoing Asia Rugby Championship in Chinese Taipei.
Sri Lanka’s dream to return to top division rugby in the Asian circuit was shattered when they were beaten 22-39 at the hands of the Philippines in the opening match on Wednesday.
Their preparation for the playoff game against Chinese Taipei has been hampered by the incidents involving
Dassanayake.
The sources close to the National Team in Taiwan confirmed that Dassanayake has pocketed a watch belonging to a female room cleaner of the hotel and even taken it to another room where he had met some of his teammates and revealed what he did. Having witnessed the action through the CCTV camera the hotel authorities had quickly visited the Sri Lanka Rugby Team and inquired of any missing watch during which Dassanayake said to have
accepted what he did.The former St. Peter’s College centre could have been arrested had he not admitted pocketing the watch but Sri Lanka Rugby did not take any chance opting to send him back to Sri Lanka on Thursday.
Sri Lanka Rugby (SLR) Deputy President Rizly Illyas who is currently in Taiwan with the National Squad revealed that it was a ‘mischief joke’ that turned into a serious problem.
“It was a mischief joke tuned out to be an issue but the Sri Lanka Team Management headed by Admiral Hettiarachchi on discipline grounds sent the said player back to Colombo. He was escorted by the Assistant Manager to the airport and made sure the player boarded the flight and the Assistant Manager is back
with the tour group,” Illyas revealed via e-mail.
Illyas further stated that despite the incident, the team is in a good frame of mind ahead of their game today.
“Today (yesterday) at 3.00 p.m. Head Coach had a video session and ran through the positives and negatives and
the squad led by Omalka Gunarathna is in a good frame of mind and the incident has not disturbed the morale of
the team and we are looking forward for a win tomorrow.”
“There are no injuries there has been good recoveries by the team Physiotherapist. So, everyone in the squad is fit and ready and waiting for the game tomorrow (today).”
“The presence of Chairman National Selection Committee Rohan Abayakoon has been a big inspiration to the young side as he is with the squad in training sessions giving away all his experience in the game to the boys,” Illyas stated.