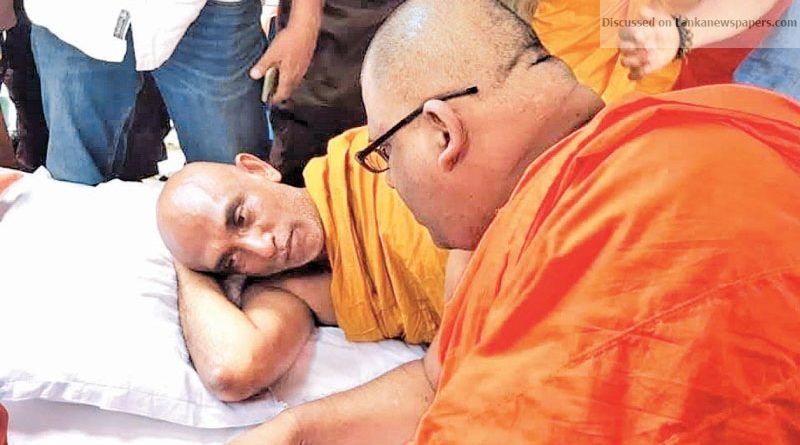 All shops in Kandy town will be closed today in support of MP Ven. Athuraliye Rathana Thera who began a fast-unto-death campaign outside the Sri Dalada Maligawa in Kandy on May 31, the Kandy Sinhala Traders Front said. The Thera is demanding the removal of Minister Rishad Bathiudeen, Eastern Province Governor M.L.A.M. Hizbullah and Western Province Governor Azath Salley from their posts.
Meanwhile, doctors who examined Ven.Rathana Thera yesterday said his condition was stable.
Dr.Saman Nanayakkara from the Peradeniya hospital said the Thera only takes water to prevent dehydration under medical advice.
However, the doctor said the Thera’s pysical condition will deteriorate in about four days if he continues with his fast.