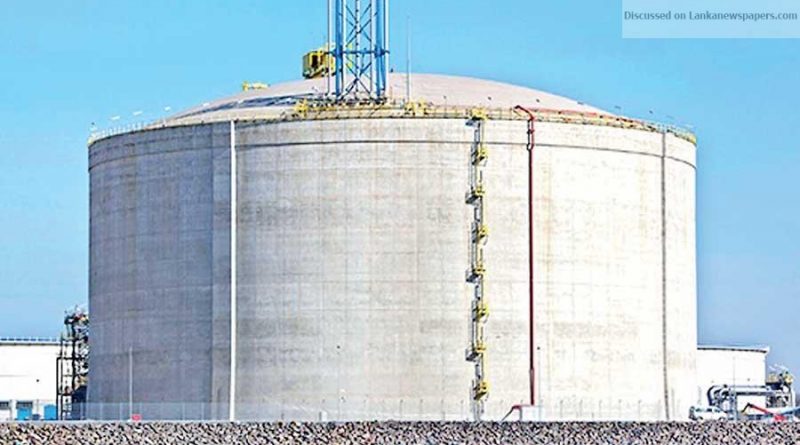 The recent power crisis we encountered should not be a surprise to anyone as it was waiting to happen and of our own creation.
When I say our own creation, it should be qualified, as it was not created by the ordinary citizens but by the political leaders in power, the power sector administrators, CEB and PUCSL.
They are responsible for not taking timely decisions to add power generation plants to meet the increasing power demand. The common excuse that heavy debt repayments is draining the government revenue, leaving little room for capital investment, is not relevant as there are enough investors willing to setup power plants on public private partnership (PPP) basis and supply electricity at rates cheaper than even the cost of production at Norochcholai, which stands at Rs.18.00 per KWh, when repayment of capital cost amounting to US$1.35 billion is considered.

From Table 1, it will be seen that since the commissioning of the Final Stage of Norochcholai Coal Power Plant in 2014, no major power plant was added to the national grid. The total installed capacity of power generation that stood at 3,932MW in 2014 has increased to only 4,086MW by end of 2017.This is an increase of only 154 MW over three years. Even during 2018 no appreciable generation capacity was added.
As per the Ministry of Power and Renewable Energy, the power demand is estimated to increase by six percent annually. This means the power generation capacity should be increased at least by 200MW annually.
However, it is quite possible that the assumed six percent annual increase in electricity demand could be surpassed with the GDP growth which will be accompanied with more industrial development, hotel construction, office and apartment buildings and most importantly improved life styles of people.
A comparison given in Table 2 indicates that the per capita electricity consumption in Sri Lanka is still lower than in the other Asian countries with similar climatic conditions when correlated to the per capita GDP.
It is seen that India with per capita GDP of US$1,942.1 has per capita electricity consumption of 1,122KWh, whereas Vietnam with per capita GDP of US$2,342.2 has per capita electricity consumption of 1,312KWh. Both these countries have lesser per capita GDP but much higher electricity
consumption than us.
With per capita GDP of US$4,073.7, our electricity consumption is 494KWh. When planning our future electricity demand, considering our relatively higher per capita GDP, it may be safer to assume the electricity consumption to reach at least 1,000KWh per capita in the near future.  When it happens, the power generation capacity requires to be doubled, which means an additional 4,000MW.
Constructing power plants with installed capacity of 4,000MW will require a capital investment of minimum US$4 billion. It would be most prudent to attract investments to setup these power plants on BOO basis with no capital investment by the government.
The only involvement of the government should be to lease suitable lands and providing power purchase agreements, both for 25-30 years.
For private investment on large power plants (over 25MW), a major obstacle is the Section 9(c) of the Sri Lanka Electricity Act, No.20 of 2009. As per this Section, only a company incorporated in Sri Lanka in which;

If the intention is to facilitate private investment in power generation, this Section with above restrictions should be suitable amended. As Sri Lanka is not the only destination for investments and other countries not having such restrictions, it is no wonder that to date, there is not a single major power plant constructed by a private investor.
As such, Section 9(c) should be amended to allow any company incorporated in Sri Lanka and issued a generation license by PUCSL, with the approval of the government to undertake a power generation plant exceeding 25MW.
With a favourable legal framework and a healthy investment climate there will be absolutely no difficulty in attracting investments for power generation with a lease of land and power purchase agreement. 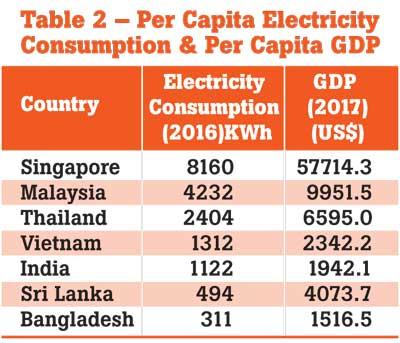 The proposal made by Energy World International Ltd, which is a British owned company based in Hong Kong, can be cited as the best example for a private investment on a power generation plant of capacity 1,200MW in four stages of 300MW each at
Hambantota Port.
This proposal was submitted in response to a RFP, published in newspapers, maritime magazines, SLPA Website and more, giving wide publicity between July-August, 2012, inviting investments for industrial ventures at Hambantota Port.
It was one of the 10 proposals received at the tender opening on September 27, 2012, by the CANC.
After a detailed evaluation by the PC and CANC, which even went to the extent of checking financial credibility through an international accounting firm, five proposals were selected to recommend for implementation.
Constructing a LNG hub terminal comprising of loading/unloading facility with 80,000cm storage tank and combined cycle LNG power station with total capacity of 1,200MW in four stages of 300MW each at two year intervals over a period of eight years with a total investment of US$1,350 million was one of these proposals selected.
As per this proposal, Sri Lanka Ports Authority (SLPA) will have to lease 30-hectares of land at Hambantota Port for 25 years. The investor will pay US$1.5 million annually, increased by three percent every year for the land.
CEB had to enter into a Power Purchase Agreement for 25 years. The initial rate offered was US$0.09 (US Cents 9) per KWh, later reduced to US$0.07 (US Cents 7) during negotiations. The investor did not insist on a capacity charge or any other charges. This rate of US$0.07 means that electricity from this plant will be available at Rs.12.36 per KWh, cheaper than the rate of Rs.18.00 at Norochcholai.
The CANC report was first considered by the Cabinet of Ministers on April 3, 2014, at which it was decided to direct the Highways, Ports and Shipping Ministry Secretary to further discuss the proposal considering the various observations received from other Ministers with Secretaries to the Ministry of Finance and Planning, Power and Energy and Investment Promotion, and submit a report.
On October 30, 2014, the Cabinet of Ministers considered the CANC report, which was submitted by Highways, Ports and Shipping Ministry Secretary, prepared in consultation with the other Secretaries and observations received from different Ministers, and decided to accept the proposal of Energy World International Ltd of Hong Kong to establish a LNG hub terminal and combined cycle LNG power station with total capacity of 1,200MW in four stages of 300MW each at two year intervals at Hambantota Port on a 30-hectare land leased for 25 years by SLPA, subject to the following:
First 300MW generation plant to be operational within two years of award, by end of 2016.
JV to be established with 10 percent shares issued to Secretary to the Treasury, for the value of the land leased, to comply with Section 9(c) of the Sri Lanka Electricity Act, No.20 of 2009. Secretary to Treasury to have full controlling power on the business and its assets with a Golden share of 10 percent given for the lease of land.
BOI to enter into an agreement with the JV as a strategic investor.
Implementation Agreement and Land Lease Agreement to be entered between SLPA and JV.
Power Purchase Agreement to be entered between CEB and JV with an agreed pricing formula. The negotiated price to be between US$0.065-0.07 (US Cents 6.5 to 7.0) per KWh with no capacity or other charges.
After the Cabinet approval, SLPA issued a letter allocating 30-hectares of land. But when attempting to finalise the JV agreement, the following problems cropped up. Naturally, the JV could not be entered:
If the investor has to issue 10 percent shares in the JV to Secretary to Treasury for the value of land leased, why should there be any annual lease payment to SLPA. SLPA wanted the lease payments. Who is the investor with a sound mind that will allow full controlling power to Secretary to Treasury, after investing US$1,350 million? The total freehold value of the land may not reach even US$50 million. These requirements came due to the Section 9(c) of Sri Lanka Electricity Act, No.20 of 2009.
Some salient features of this proposal are highlighted below:

However, due to a change of policy by the government, on June 21, 2016, the company was informed by SLPA that all the projects at Hambantota Port were suspended on a decision of CCEM.
Subsequently, the government entered into negotiations with China to handover the Hambantota Port on a long lease to settle the loan taken for constructing the Port. But the grave mistake committed by the government was to abandon the good projects already negotiated for the Hambantota Port such as the LNG power project.
If this project was included in the negotiation with the Chinese, most probably they would have agreed to accommodate, as the Energy World International Ltd, is a company based in Hong Kong and China Harbour Co. also has a strong presence in Hong Kong. 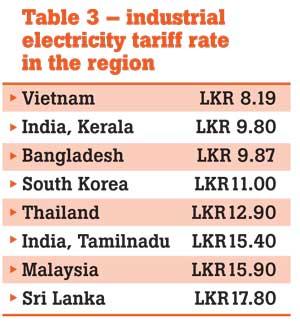 Alternatively, the government could have relocated this LNG project at Trincomalee Harbour, as the Sampur Coal Power Plant was also cancelled.  Had it been implemented in 2015, by now CEB should be drawing from the first 300MW plant and there would have been no reason for the power cuts.
But the real reason for good investment projects not proceeding, could be due to the fact that most international companies formed by British and EU nationals are reluctant to pay large commissions to win contracts. It was the same story with a leading Norwegian company on producing electricity from garbage, who was very keen in 2013 to scientifically manage the garbage dump at Meethotamulla to produce electricity. Had he been able to proceed, the Meethotamulla disaster would not have happened. Then there was the British investor interested in producing microchips at Hambantota. Both companies got fed up.
Apart from the LNG power project mentioned above, cancellation or indecision on many other projects has led to the present power crisis. These are:

In summary, the power crisis is created by the politicians, administrators, CEB and PUCSL by not taking the correct decisions in time causing huge damage to our motherland. Because of these selfish acts, our industrial electricity tariff rate is the highest in the region as seen from Table 3.
With the above, can we hope of rapid industrial development to create employment?
(Eng. Col. Nissanka N. Wijeratne is the Secretary General/CEO of the Chamber of Construction Industry, Sri Lanka)