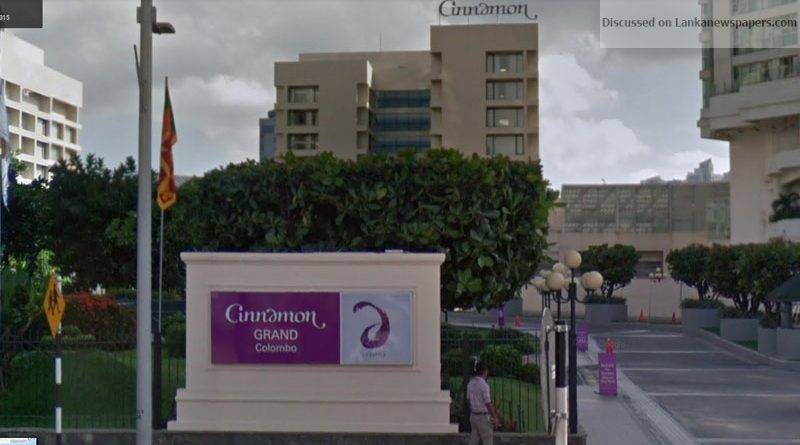 Shangri- La Hotel Colombo and Kingsbury Hotel Colombo said that they will be back to business soon despite Easter Sunday terror attacks. The third hotel, Cinnamon Grand which was affected is continuing their operations uninterrupted.
Managing Director of Kingsbury Colombo, Lalin Samarawickrama said that cleaning operations are now in progress and as soon as they are over and the police inquiries were completed they will re open the hotel soon.
“We have also made arrangements to transfer the guests to other nearby star class hotels,” he said.
Meanwhile Head of Brand Marketing of Cinnamon Hotels and Resorts and Vice President of John Keells Holding Dileep Mudadeniya, said that they will continue with Cinnamon Grand Hotel operations and would provide all facilities and assistance to the existing guests. “We will also accept guest who have booked to stay with us in the future. However we will not accept new booking until further notice.”
He also said that they are currently accessing the damage and suitable measurers would be taken subsequently. Meanwhile Shangri- La Colombo the third hotel to be targeted during the attack announced that they are temporary closed for business until further notice.
The official statement by the Shangri- La Group said that an explosion took place in Shangri-La Hotel, Colombo’s Table One Restaurant at 09:05am local time on Sunday.
“We are deeply saddened and shocked by the incident and our thoughts and prayers are with the families of casualties and those who have been affected”.
“We are working closely with local authorities and emergency services to provide our fullest assistance and support to the affected staff and guests. Our immediate priority is to look after the safety and wellbeing of all involved.
A Shangri-La team has been appointedto provide all the necessary support,” the statement said.
“For guest-related inquiries, we have set up a helpline at +603 2025 4619 to assist our guests”.
Suicide bombers killed over 290 people targeting Christian devotees, hotel guests and foreign tourists in coordinated attacks on five-star hotels and churches on Easter Sunday.
At least 35 foreigners have been killed in the attacks – including five Britons, two of whom were joint US-UK citizens, three Indians, two Turks, one Portuguese and an unknown number of Dutch and Chinese nationals.
Meanwhile Minister of Tourism, Wildlife and Christian Religious Affairs John Amaratunge visited the national Hospital and some private hospital yesterday morning to inquire about the welfare of the injured people during Easter Sunday tragedy.