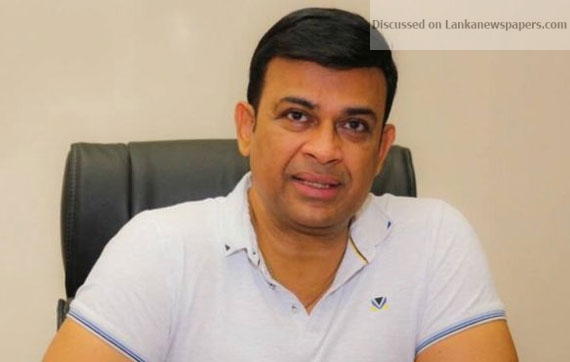 I will reveal eight names of sons of prominent politicians who were involved in drug smuggling and used drugs, State Minister Ranjan Ramanayake said yesterday.

Speaking to Daily Mirror, he said the sons of current ministers, former ministers and those who left politics were included in the list. “I hope to submit the names in writing to the Speaker in the near future. Some names are already known to the people and legal actions have also been taken against them. However, there are more sons whom we do not think of, would be revealed soon,” State Minister Ramanayaka said.

Meanwhile, he said he had all the evidence to prove how former President Mahinda Rajapaksa was engaged in safeguarding the criminals and drug kingpins. He uttered these in response to the remarks made Mr. Rajapaksa on Tuesday where he had pronounced that it was not possible to eradicate cocaine when some politicians were addicted to it.

He said the necessary photos and videos which depicted the links between Mr. Rajapaksa and the drug masterminds who were with him and added he was ready to present them in any open debates.

“How come a person like the former president who had taken some extraordinary steps during his regime to defend those engaged in criminal activities and drug trafficking, talks about eradication of drugs?, the State Minister asked.

“If anybody else besides Mahinda Rajapaksa speaks of eradication of drugs, I would have agreed and listened. But how can I tolerate when Mr. Rajapaksa who had acted as a facilitator for drug smugglers like Duminda Silva and Wele Suda, says so,” he said.

Meanwhile, he said that individuals, including MPs and businessmen had asked him over the phone not to publish the names of the Ministers who used cocaine.

“They told me that if this information was released to the public domain, it would not be good for those ministers. Hence, they insisted me not to carry on with this and requested me to give up the move,” Mr. Ramanayake said.

Nevertheless, when Daily Mirror asked whether the names of those cabinet ministers who use cocaine, had been submitted to the Speaker, he said he had informed the Speaker over the phone but yet to give the names in writing.

“I will submit the names in writing next week. When I spoke to the Speaker over the phone mentioning the names of those Ministers, he was not surprised because he said the tactics and behaviours of those ministers could prove that they have been using drugs,” Mr. Ramanayake added