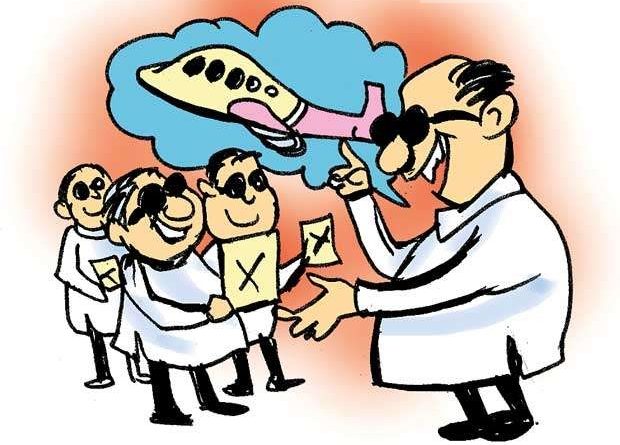 A provincial chief had managed to get the council’s annual budget passed thanks to the support he got from a group of Opposition members promising them an all-expenses-paid foreign tour. However, the chief, who never meant to fulfil the promise, is said to be avoiding any contact with these members these days.
On receiving intelligence that a move was afoot to defeat the annual budget, the provincial chief had quietly met the group of Opposition members and secured their consent to vote for it by offering them a foreign holiday as inducement. These members had kept their word, but the chief had made himself scarce ever since the passage of the budget.
The Opposition members, determined to hold the chief on to his promise, had called at his residence to find that he had left for parts unknown, they say.