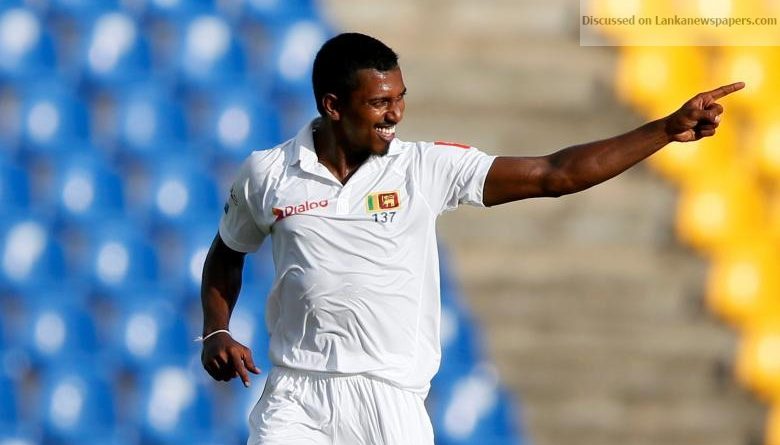 The Proteas produced an uncanny replica of their first innings batting effort in the first Test match against Sri Lanka at Kingsmead when the second Test match got under way at St. George’s Park on Thursday.

The end result was that they got dismissed for 222 runs compared with the 235 they made in Durban. This is, however, a contest between two struggling top-orders and they were still well in the game at the close of play with Sri Lanka on 60/3 still trailing by 162 on the first innings.

This time Faf du Plessis opted to bat first rather than having his team inserted as was the case in the first game.

But thereafter there was a distinct similarity as the Proteas lost 3/15 compared with the 3/17 at Kingsmead; then had a slight recovery that was again ended when Du Plessis was dismissed in the lunch over; and then was again held together in the afternoon session by Quinton de Kock, who in spite of being hampered by an apparent cramp, managed another innings in the 80s (86 off 87 balls, 12 fours).

He seemed well set for his second century of the home summer as he gave a display of peerless timing and stroke-play against the Sri Lankan seamers on what was a good surface in spite of the low total.

The introduction of spin brought about his demise as he struggled to move comfortably.

The Proteas went into the match needed a sound foundation if they were to get the win they needed to square the series, but it was not to be.

Aiden Markram (60 off 116 balls, 9 fours) provided good support for De Kock in the afternoon session when 112 runs were scored for the loss of 3 wickets.

There were partnerships of 58 for the fourth wicket, 57 for the fifth and 59 for the eighth but what the Proteas needed were a couple of century stands.

All three Sri Lankan seamers again troubled the Proteas specialist batsmen with Vishwa Fernando leading the way with his 3/62 in 18.2 overs. This included dismissing Dean Elgar and Hashim Amla with successive deliveries in his new ball spell that put the home side on the back foot from the start.

Fernando now has 11 wickets in the series while De Kock has joined first Test hero Kusal Herera as the only batsmen with an aggregate of more than 200 runs.

The Proteas used their three frontline seamers to work their way through the Sri Lanka top order with new cap Wiaan Mulder having to wait until the second morning to get his first bowl.