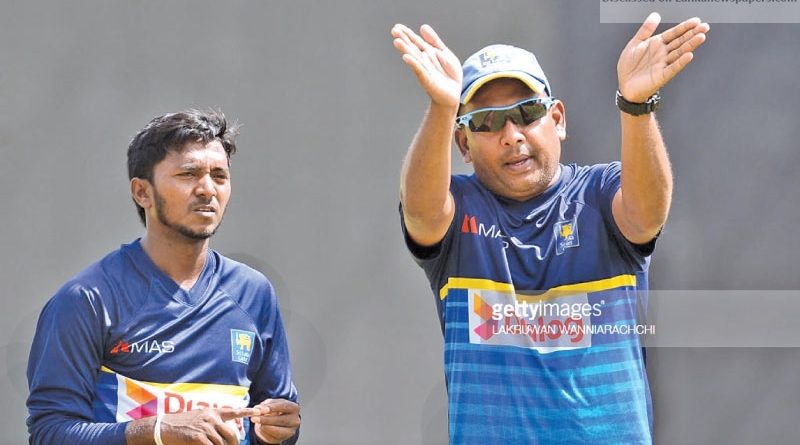 Sri Lanka’s spin bowling coach Piyal Wijetunge dropped a bombshell when he said that they had brought it to the notice of the national cricket selectors in 2016 that there was something wrong with the bowling action of spinner Akila Dananjaya, but was told to just let him play until the umpires reported him.

“To be frank in 2016 we brought to the notice of the selectors there is something like this in his bowling action, what they told us was just to let him play and if the umpires reported him we can see after that,” Wijetunge told the Daily News.

“We didn’t have the facilities at the time to get his action checked, and even at domestic level no one reported him. We didn’t want to take the initial step and tarnish his mentality and all that,” he said.

Dananjaya was fast-tracked and broke into the international cricket circuit at the age of 18 when he made his debut for his country in a T20I against New Zealand at Pallekele in 2012. He went onto represent Sri Lanka in 50 international matches across all formats taking 79 wickets before his off-break was finally reported in the first Test against England at Galle last November.

Dananjaya was suspended from bowling afterwards and subsequently underwent an independent assessment of his bowling action in Brisbane on 23 November that showed him exceeding the permitted 15 degrees, following which he was barred from bowling in international cricket.

His remodeled bowling action was assessed in Chennai on 2 February, where it was revealed that the amount of elbow extension for all his deliveries was within the 15-degree level of tolerance permitted under the ICC Illegal Bowling Regulationsa and he was finally cleared.

“We didn’t want to just go to Chennai and get the report cleared, we wanted him to remodel his action perfectly so that there won’t be any problems in the future and that he will have a career of more than ten years,” said Wijetunge, a left-arm slow orthodox bowler whose solitary Test appearance for his country against South Africa in 1993 saw the rare feat of three cricketers (all spinners) from St Anthony’s College, Katugastota playing in a Test match.

The other two were off-spinners Muthiah Muralitharan and Ruwan Kalpage. Dananjaya’s bowling action was remodeled in Colombo by Wijetunge and assistant spin bowling coach Ajith Ekanayake.

“We had to make a couple of changes more on the technical side by getting him a bit more side on, and bringing his body weight onto his front foot. It was successfully done and it was done perfectly. They were very subtle changes and not major ones,” he said.

However Wijetunge is confident that Dananjaya will be more effective than before.

“The quality of his bowling has gone up a bit especially the pace at which he bowls. He wanted to increase his pace but he couldn’t do it with that old action of his. But with his new action the pace has gone up a bit. He was bowling at around 82kph now it has gone upto 84kph.”

Does that give him an advantage over the batsmen?

“When it comes to the shorter version of the game, yes.”

“On my part I consider it a successful achievement and Akila too must be happy,” said Wijetunge.

Dananjaya will make his first international appearance in the five-match ODI series against South Africa starting at Johannesburg on March 3.