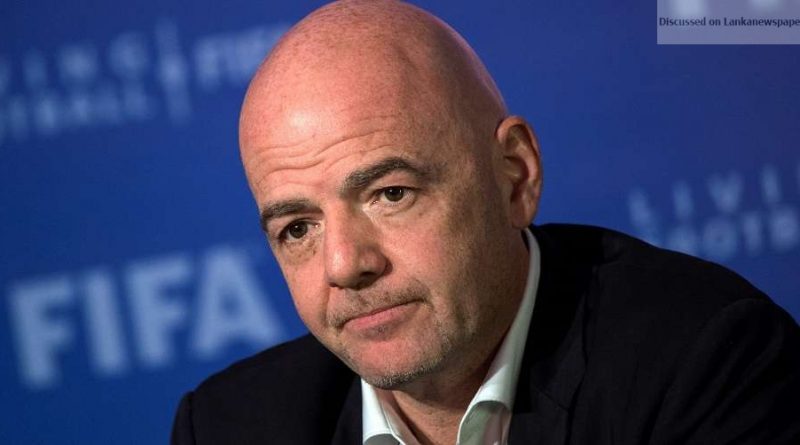 FIFA president Gianni Infantino is set to serve a second term after world football’s governing body said on Wednesday he would be the only candidate for June’s vote.

The 48-year-old has been in charge of FIFA since February 2016, after succeeding the disgraced Sepp Blatter following the corruption scandal which rocked the organisation.
The election will take place on June 5 in Paris ahead of the women’s World Cup.

Former Tottenham defender Ramon Vega had announced his intention to stand against Infantino, but failed to garner the required support of five of FIFA’s 211 member federations.
Infantino has introduced plans to increase the World Cup from 32 teams to 48 from 2026, with the possibility to bring forward the expansion to the 2022 edition in Qatar.

A decision is expected to be taken next March after a study into the feasibility of holding an extended tournament in the Gulf state.

UEFA president Aleksander Ceferin of Slovenia, who will be re-elected on Thursday also as the sole candidate, is opposed to the idea.