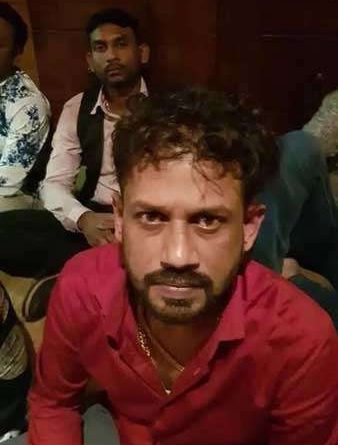 Notorious underworld drug kingpin Makandure Madush and several other Sri Lankans were among a group of 20 suspects reportedly arrested in Dubai during a joint raid carried out by the law enforcement authorities today.

Earlier, Interpol had issued notices for the arrest of Makandure Madush who was believed to be hiding in Dubai and directing underworld activities in Sri Lanka.

Law enforcement authorities attempted to deport Makandure Madush from Dubai on an earlier occasion but were unsuccessful because Sri Lanka did not have an agreement with Dubai to exchange the suspects.

Investigations into the recent killing of underworld criminals, Samayan and Kos Malli were reportedly planed by Madush, who is said to have links with the LTTE.

Meanwhile, sources said local authorities are coordinating with the Dubai authorities to have the suspects deported to Sri Lanka.