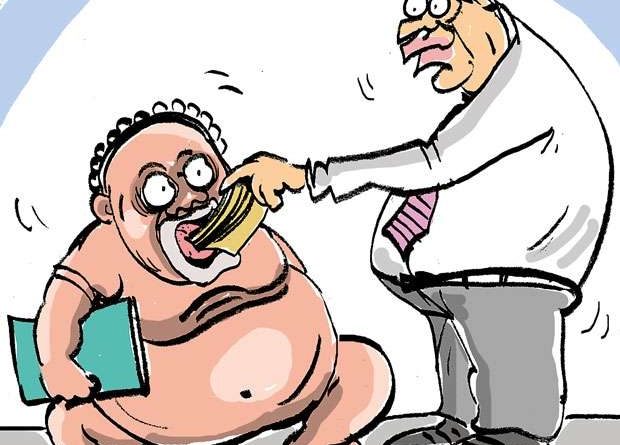 However, inquiries initiated following complaints have been suppressed by the authorities immediately concerned due to political orders from above, they say.
This administrative high-up serving in an area named after a historic rock has taken the initiative to introduce the young daughter of the friendly political authority to national politics at the coming general polls.
A onetime front-liner of a revolutionary political party, this character has now become a faithful acolyte of the high political authority.