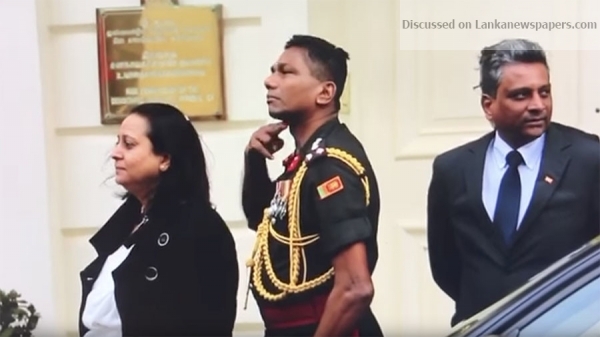 The Sri Lanka Army said today that neither the Army nor Brigadier Priyanka Fernando had been informed with regard to any court case filed against the Brigadier in Britain.

The case has been filed against the Brigadier, who was the then Defence Attache in the Sri Lankan High Commission in London, for allegedly making a threatening gesture at a group of pro-LTTE protesters outside the High Commission on February 4 last year.

When contacted, Army Spokesperson Sumith Atapattu said they contacted the Sri Lankan High Commission in London over the incident after seeing media reports.

“The High Commission said a case had been filed against the Brigadier but the diplomatic channel has not been informed about the case so far. If and when we are informed officially, we are ready to formulate our course of action in response, through the Foreign Affairs Ministry after having discussions with Ministry officials,” Brigadier Atapattu told Daily Mirror.

Brigadier Priyanka Fernando is currently in Sri Lanka after he was recalled following the incident.