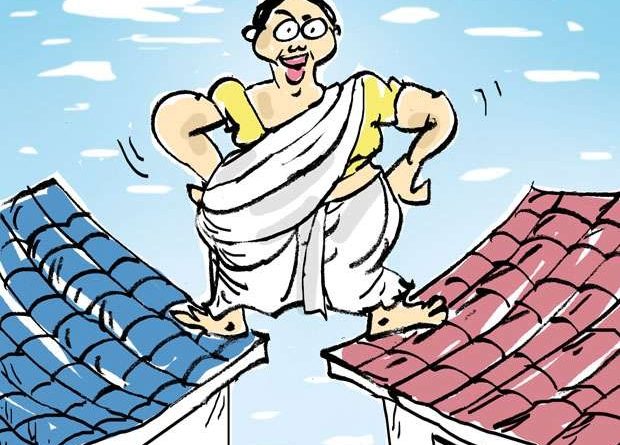 This fair one who once held a high position in the country’s business sector is currently in the thick of politics. She is said to be maintaining close ties with both factions of a main political party now in splinters.

Despite holding a second-in-command position of an organization thanks to the high political authority heading the party now reduced to a rump, this fair one is said to be participating on the sly in important deliberations of the other faction being held with its chief in the chair.
In fact, she had recently disclosed the names of the stalwarts who had participated in such deliberations conveniently omitting her own name, they say.