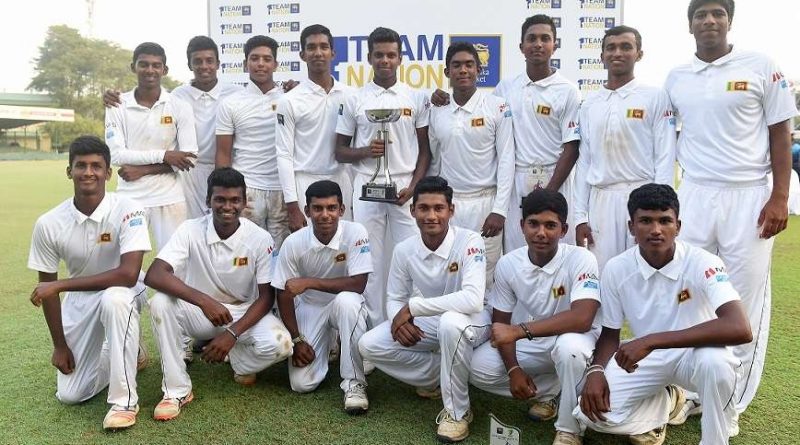 Sri Lanka in dramatic win over Aussie Sri Lanka vs Australia Youth test Sri Lanka registered a dramatic three wicket win with two balls to spare in the three day Youth Test between Sri Lanka Under 19 and Australia Under 19 at the SSC grounds yesterday.

Chasing a target of 112 in 20 overs, Sri Lanka youth players reached the target with ease erupting wild celebrations among the team members. This was a major turn-around for the Lankan players who  earlier conceded the three-match limited over series 2-1.

The architect of Sri Lanka’s victory were left-arm spinner Rohan Sanajaya (31-16-37-4) and off spinner Sandun Mendis (18.4-4-56-4) who ran through the Australia’s second innings fiercely to leave them with a competitive total to chase.  Sanjaya enjoyed a memorable match with a match bag of 9 for 131 who had a big hand in this exciting win.