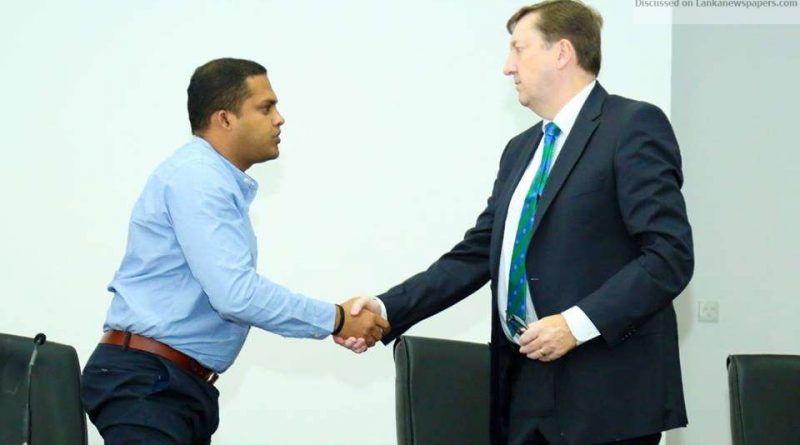 The International Cricket Council (ICC) will, for the first time ever, start a two-week amnesty period for Sri Lankan cricketers and others involved in the game to come clean and tell them what they know about corruption.

The 14 days will begin next week and the ICC expects all those who have been approached by bookies, but failed to report these approaches to anti-corruptions officials, to divulge details.
‘Let me make this clear, this is not amnesty for corrupt people, people who have fixed matches,” said Steve Richardson, ICC Anti-Corruption Unit’s Coordinator of Investigations addressing cricketers and other stakeholders at the Ministry of Sports Auditorium in Colombo.
“This is for people who have been approached but turned it down and  not reported it,” he continued. “Many of you don’t know that, under the ICC Anti-Corruption Code and the Sri Lanka Anti-Corruption Code , you must report to the authorities if you have been approached for corruption. If you haven’t done that, there’s a risk that you will be charged for failure to report.”
ICC anti-corruption officers have been investigating several cases of serious allegations against Sri Lankan cricket over the last one-and-a-half years. Two international cricketers–Nuwan Zoysa and Dilhara Lokuhettige–have been changed for corruption while former Sri Lanka skipper Sanath Jayasuriya was charged for not cooperating with ICC investigations.
“This amnesty will give you a chance to come forward and tell us,” Richardson reiterated. “So who will you be reporting to? At the moment, there’s no anti-corruption unit in Sri Lanka. I am the anti-corruption officer in Sri Lanka Cricket. Therefore, you will be reporting to me. As the ICC anti-corruption officer, I will be the one who will come and speak to you.You can have confidence that you say to me will be dealt with in confidence. I have had many confidential discussions with people in this room, but nothing was reported in the media. Nothing at all.”
“So what I am telling you is that, when the amnesty is announced, which will start next week… we are still talking to our lawyers… when it is announced, please take advantage of it.,” he urged. “Help the ICC and SLC and help the cricket in Sri Lanka keep cricket in Sri Lanka.”