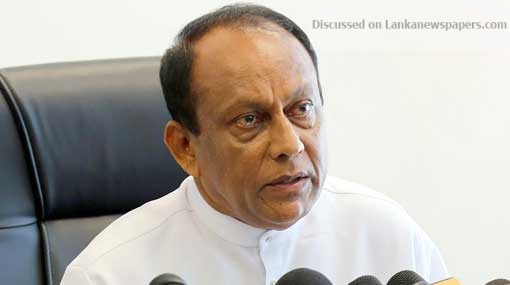 He told a news conference that their objective was to reduce the powers of Prime Minister Ranil Wickremesinghe.

“As a start, the SLFPers of the Moratuwa Municipal Council joined the SLPP which controls the Council. We request all progressive parties at SLPP-led councils to join the ruling party in order to defeat the programme of this government,” the MP said.

He said Speaker Karu Jayasuriya, who lobbied for a new electoral system soon after the 19th Amendment was passed, had now forgotten about it and instead was focusing on abolishing the executive presidency.

The MP said the 19th Amendment was passed in a hurry with the hope of bringing in the 20th Amendment to the Constitution on establishing a new electoral system.

“The parties which are unable to elect a president are trying to strengthen the post of prime minister and abolish the executive presidency,” he said.