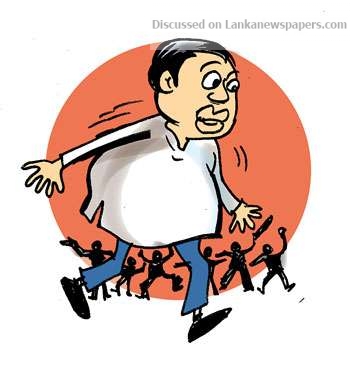 A big-mouthed Diyawanna politico had to do the vanishing trick while attending an important party meeting when he came under fire from speakers one after another.
This meeting organized by an electorate-level politico was chaired by a leading political heavyweight, they say.
The Diyawanna politico who had to slope away due to the hostile reception he got was among the few who made it to the august assembly through the list despite being rejected at the general polls. He is also looked on as the livewire behind the recent coup that backfired.
The big-mouthed one was not even allowed to speak a word in defense of his controversial role in recent times and was compelled to quietly slink away later.