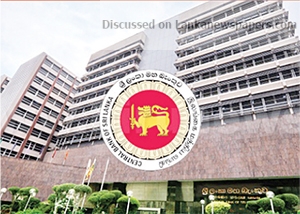 he Central Bank of Sri Lanka (CBSL) is of the view that the decision by Moody’s Investors Service (Moody’s) on November 20, 2018 to downgrade the government of Sri Lanka’s foreign currency issuer and senior unsecured ratings from B1 (Negative) to B2 (Stable) does not properly reflect the country’s macroeconomic fundamentals, and therefore unwarranted.

‘The CBSL wishes to reiterate that Sri Lanka’s macroeconomic position has neither deteriorated nor has there been any policy slippage since Moody’s last rating decision in July 2018, in spite of the recent developments in the country’s political sphere. In fact, based on satisfactory programme performance, the Sri Lankan authorities and the International Monetary Fund (IMF) reached staff-level agreement following the fifth review of the Extended Fund Facility (EFF) programme on 26 October 2018, and the agreement was to be announced on 29 October 2018. The programme discussions are currently on hold, pending clarity on the political situation.’

‘Sri Lanka’s current level of gross official reserves (GOR) amounting to US dollars 7.2 billion is sufficient for the country to meet its external debt obligations in the period ahead. In addition, as a precautionary measure, the CBSL has initiated negotiations with central banks of friendly nations with regard to obtaining foreign currency SWAP facilities of sizable amounts. These measures will further strengthen the country’s foreign reserve adequacy, and would enable timely servicing of external obligations while intervening cautiously in the foreign exchange market to prevent a disorderly adjustment of the exchange rate. In addition, the fiscal and macro prudential measures that are already in place are expected to result in an improvement in the external trade balance as well, thus reducing pressure on external reserves and the exchange rate.

Arrangements have already been made to ensure Sri Lanka’s track record of meeting debt obligations on time is sustained. In order to meet the Government’s external liabilities of International Sovereign Bond (ISB) maturities of US dollars 1 billion in January 2019 and US dollars 500 million in April 2019, the authorities have already built a buffer fund from proceeds of the divestment of Hambantota port and the syndicated loan of China Development Bank (CDB). The space provided under the Active Liability Management initiative not exceeding a limit of Rs. 310 billion also provides for building required buffers and spaces to meet future debt service payments. In addition, the issuance of Sri Lanka Development Bonds (SLDBs) of around US dollars 750 million to US dollars 1 billion during the remainder of the year and in early 2019 is now at an advanced stage of completion. These investments would be sourced through enhanced credit lines for state banks from the Middle East and East Asia, together with remittance and tourism related inflows. In addition, the US dollars 500 million enhancement, in February 2019, to the syndicated loan obtained from CDB is also on track. This means that by February 2019 more than USD 2 bn will be mobilized. This would more than cover all the ISB payments due in 2019. In addition the buffer can be further built up through USD 600 mn expected as disbursements from bilateral and multilateral agencies during next year.

‘Meanwhile, domestic financing conditions have shown considerable improvement through spaces created and debt management strategies introduced recently. This has reduced the roll-over requirement of Treasury bonds and SLDBs in 2019, 2020 and in the medium-term. The Treasury bond maturities, which amounted to over Rs. 600 billion in 2018, are lower in 2019 and 2020, amounting to around Rs. 450 billion and Rs. 290 billion, respectively. Similarly, SLDB maturities, which amounted to around US dollars 2.3 billion in 2018, have also been reduced to around US dollars 0.62 billion and US dollars 0.82 billion in 2019 and 2020, respectively. Further, the new acquisition of government securities by the banking sector has increased by only 1.5 per cent in 2018 as against the trend increase of around 5 per cent in recent years. These developments along with resource availability among institutional investors highlight the substantial space that exists to meet financing requirements from the domestic market. Continued fiscal consolidation, particularly with the positive primary balance and the Active Liability Management initiatives, are expected to further strengthen the government’s fiscal operations in 2019 and in the medium term.

‘Given these parameters, the CBSL is of the view that the recent rating action by Moody’s is unwarranted. Such an action only on the premise of heightened political uncertainty, with no evidence of slippages in macroeconomic policies, cannot be justified.’