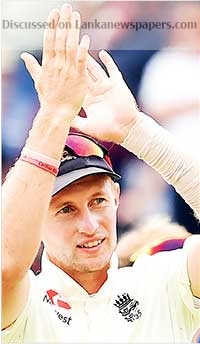 Sri Lanka were being guided into a famous Test win by their former captain Angelo Mathews in the second Test at Pallekele and the hosts went into the tea break on day four requiring 80 runs to square the three match series with five wickets in hand. But the equation suddenly changed after the break.

The whole of this series, Sri Lanka have exhibited a tendency to lose a wicket soon after a break or just before a break and that’s some area their psychologist Dr. Phil Jauncy could work on.

Hashan Tillakaratne, one of Test cricket’s mentally strongest batsman, used to say that the first two overs after a break are the most crucial as you need to get your eye in again and mentally need to make that switch from being in the dressing room environment to field of play. Mathews was dismissed third ball after tea and Dilruwan Perera shortly after that.

Sri Lanka were ruing their luck as just 17 minutes of play was possible after tea as bad light and then rain washed off further play. Those 20 deliveries after tea had made a huge difference. Chasing 80 with five wickets in hand on the final day and chasing 75 with three wickets in hand makes a big difference.

“I thought tea came at a really good time for us,” Root told journalists after winning his first series away from home.

“The two extended periods in the first two sessions really hurt us. I didn’t manage those as well as I could as captain, having not had that experience before. It’s a good learner for me. They exploited the little pockets really well and took momentum into the breaks. But the way we responded and regrouped, we took wickets straight away on both occasions to swing things back in our favour,” he added.

Same like Mathews, Dimuth Karunaratne was dismissed in the second over after lunch on the final day.

Despite picking up two late wickets on day four and having an edge in the game, Root said he didn’t sleep well that night. “Three hours of sleep probably. I was thinking about all different number of scenarios that could happen. But as soon as I got to the ground, I felt very calm.

Knowing the ability within the dressing room, the number of different options that we can turn to, we were always going to be able to create enough chances to win the game.”

The third and final Test starts at Sinhalese Sports Club ground on Friday.